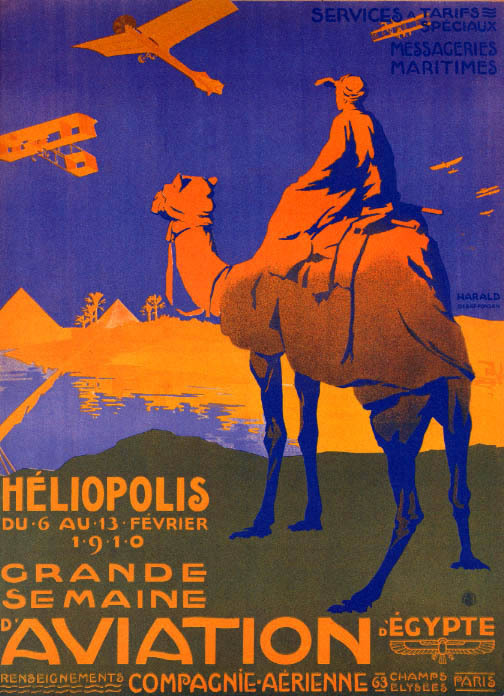 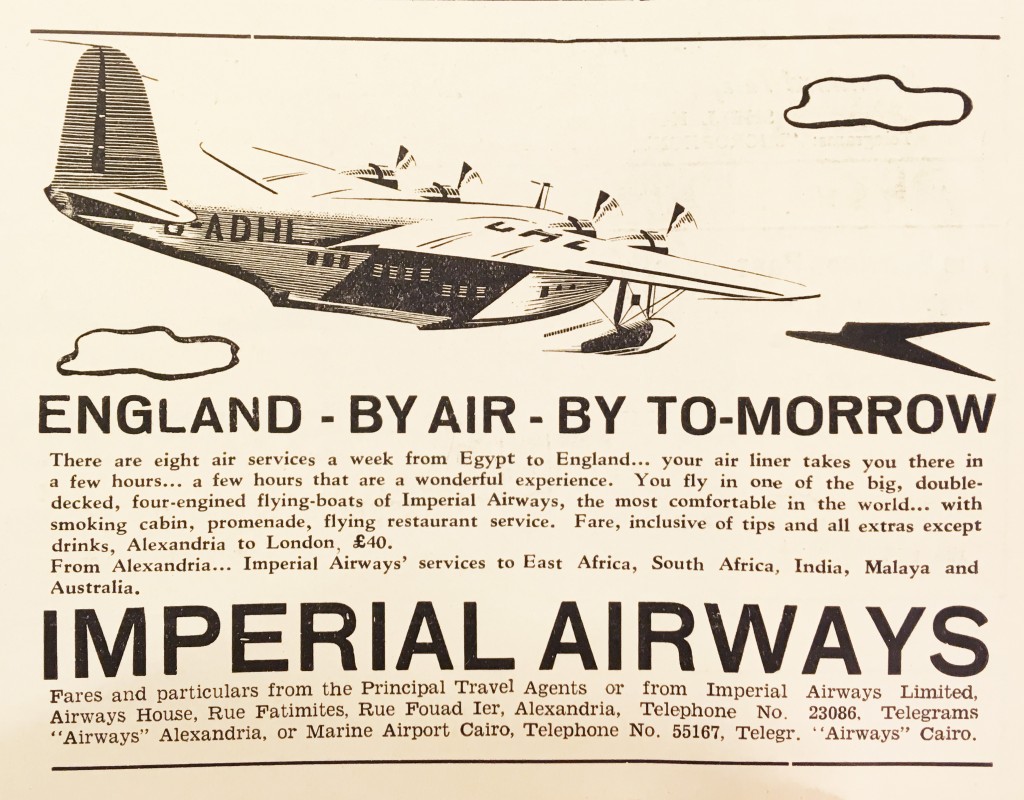 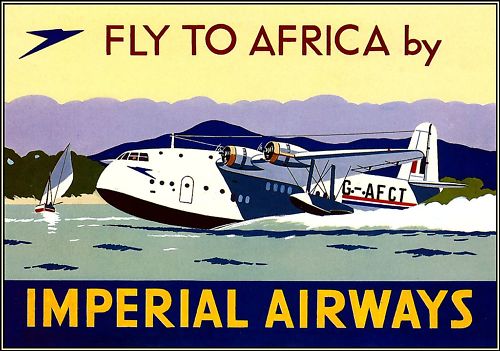 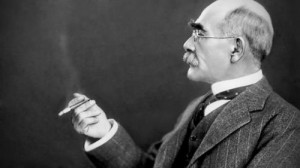 Eighty-four years ago today, The Egyptian Gazette of 14 February 1929 carried a notice of the arrival of well known author Rudyard Kipling (that’s him, above) and Mrs Kipling at Port Said. They’d landed the previous day and proceeded direct to Cairo. “Mr Kipling exhibited his well-known dislike of publicity,” reported the paper. “The British Vice Consul Mr Williamson-Napier went out in a special police launch to meet the distinguished visitors, but Mr Kipling seeing the interested crowd gathered for his arrival chose to go ashore in a smaller and less conspicuous launch, by which means he escaped popular attention.”

This wasn’t Kipling’s first visit to Egypt. He’d first passed through at the age of five, before the Suez Canal had been made. He also made a visit in 1913, when he’d stayed at the Semiramis (opened just six years previously) but since the weather was cold and wet, he didn’t stay long in Cairo, and instead made his way up the Nile to Luxor and Aswan on Thomas Cook’s SS Rameses III.

The 1913 trip inspired a series of letters, that were collected and published (Letters of Travel: 1892-1913), and include some typically pithy statements on matters relating to tourism in Egypt.

On sightseeing:
“For three weeks we sat on copiously chaired and carpeted decks, carefully isolated from everything that had anything to do with Egypt, under chaperonage of a properly orientalised dragoman. Twice or thrice daily, our steamer drew up at a mud-bank covered with donkeys. Saddles were hauled out of a hatch in our bows; the donkeys were dressed, dealt round like cards: we rode off through crops or desert, as the case might be, were introduced in ringing tones to a temple, and were then duly returned to our bridge and our Baedekers.”

On Americans in Egypt:
“Since the bulk of our passengers were citizens of the United States, Egypt in winter ought to be admitted into the Union as a temporary territory.”

On the Swiss in Egypt:
“The Swiss are the only people who have taken the trouble to master the art of hotel-keeping. Consequently, in the things that really matter – beds, baths, and victuals –they control Egypt.”

On Cairo:
“Modern Cairo is an unkempt place. The streets are dirty and ill-constructed, the pavements unswept and often broken, the tramways thrown, rather than laid down, the gutters neglected. One expects better than this in a city where the tourist spends so much every season. Granted that the tourist is a dog, he comes at least with a bone in his mouth, and a bone that many people pick. He should have a cleaner kennel”

By 1929, Kipling had obviously got over his dislike of Cairo because he and Mrs Kipling spent 13 days there, staying again at the Semiramis. Also at the hotel at that time, reported the Gazette, were the HH Aga Khan and large party, American mining magnate and millionaire Chester Beatty and future professor of Islamic art AC Cresswell. Quite a line up. 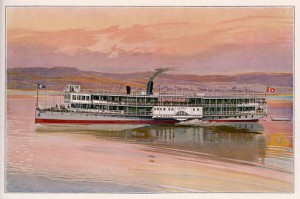 On 27 February, the couple boarded the SS Egypt (pictured above) for a 20-day voyage to Luxor and Aswan. Two years to the month later, in February 1931, they were back in Egypt once more: Kipling’s wife suffered from rheumatism and a doctor had recommended the Helwan as a health resort. They found it too cold and went once again up the Nile in search of warmth, spending 10 days in Aswan.

Thanks to books such as Kim and The Jungle Book, the name may always be associated with India, but Rudyard Kipling spent a significant amount of time in Egypt too. 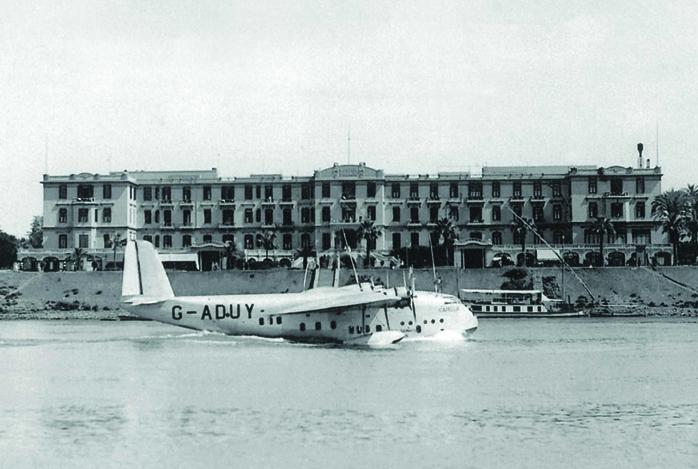