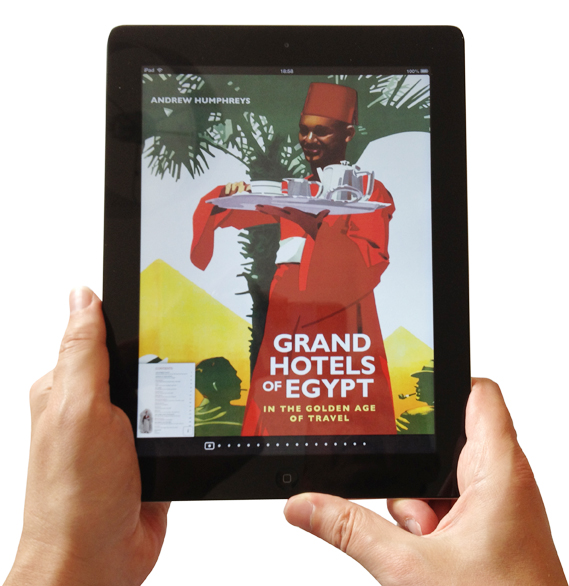 For those of you with an iPad, Grand Hotels of Egypt is now available as an iBook. It’s not an abridged version, it’s the whole text and all the images. All the images and more, in fact, because we’ve added some expanded picture galleries and a handful of new old photos. Everything can be blown up to full-screen and, what, with the backlighting, the pictures look fantastic. Another bonus is that the book is fully searchable. It’s available exclusively (they won’t have it any other way) on iTunes. 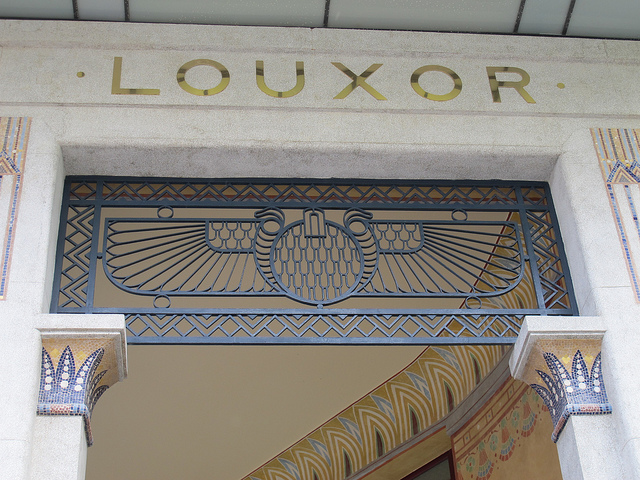 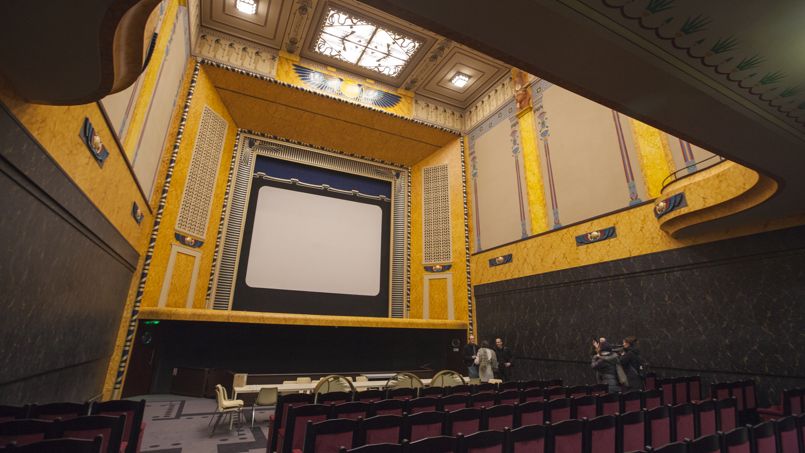 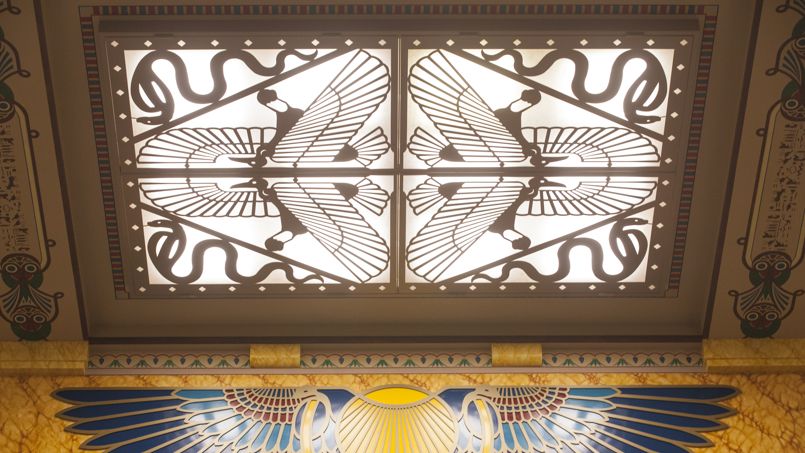 A Burger and a fancy dress invitation 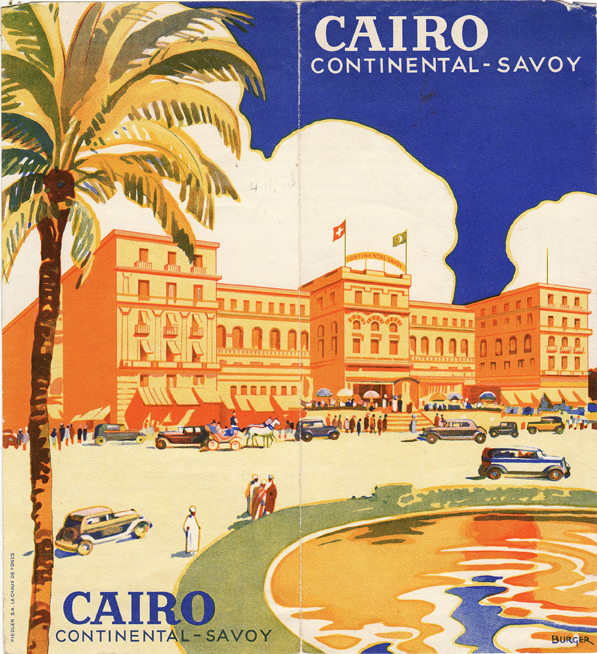 Another piece by the prolific Willy Burger, whose postcards and Egyptian Hotels Ltd brochure I’ve posted previously. In this case, it’s a single-sheet brochure for the Continental-Savoy dating from the late/early ’30s. The dealer I bought it from also threw in his’n’hers party invitations for a fancy dress ball at the hotel for the evening of 30 January 1932. 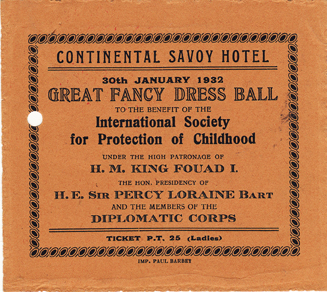 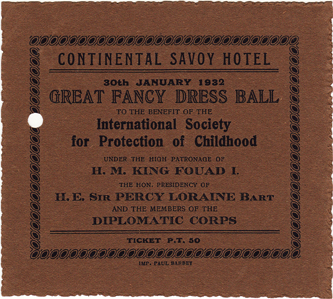 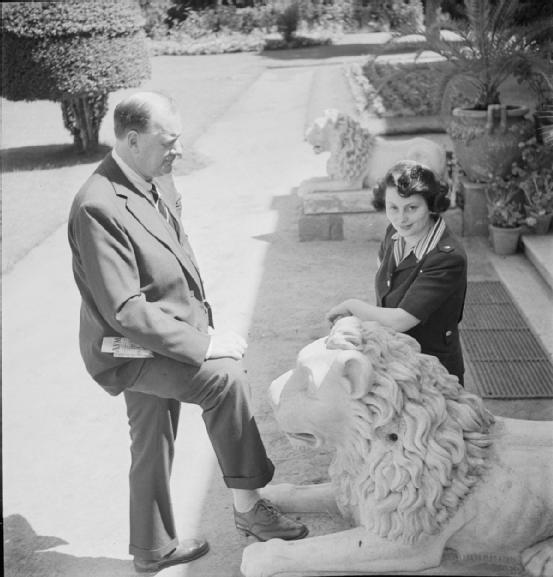