The view from (and of) the Semiramis 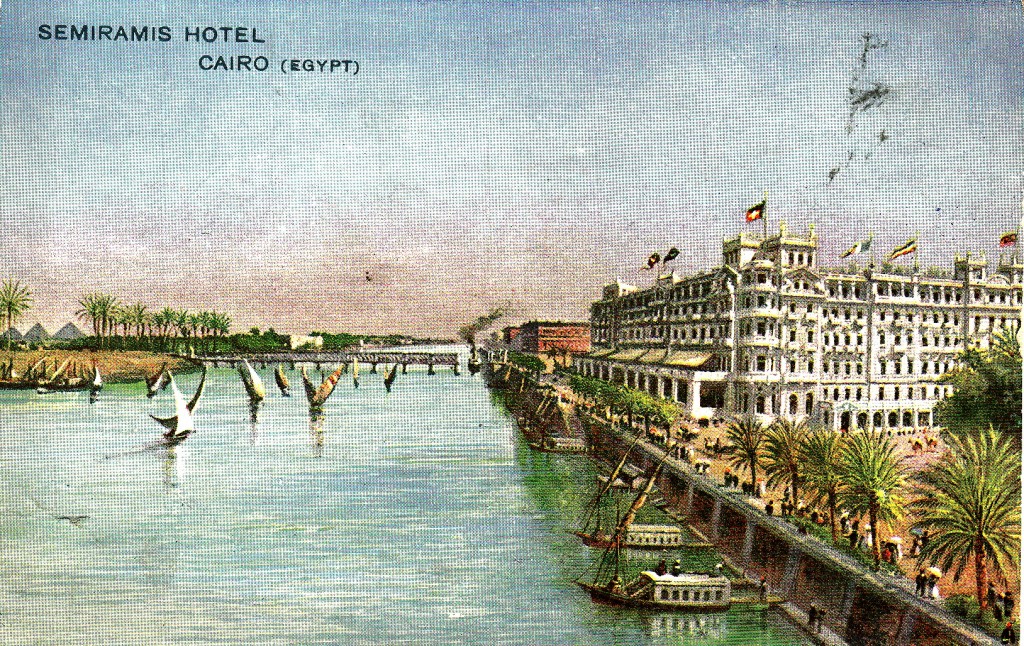 In a column headed ‘Hotel Life: Semiramis Hotel’, the Egyptian Gazette of 27 November 1907 ran the following:

Many additions and alterations have been made to this enormous hotel, which before the end of December should be completely finished. Already the roof garden is planted out with flowers and shrubs; and when the little tea kiosks etc are finished there should be no pleasanter spot in Cairo wherein to while away a lazy hour. And no more beautiful bird’s eye view of Cairo can be imagined than from that lofty vantage ground, the wide panorama stretching away on every side, distant desert and pyramids melting away into the sky line on one hand, the Citadel backed by the Moqattam Hills on another, and the broad expanse of the river flowing peacefully below.

And here are those views, front and back: 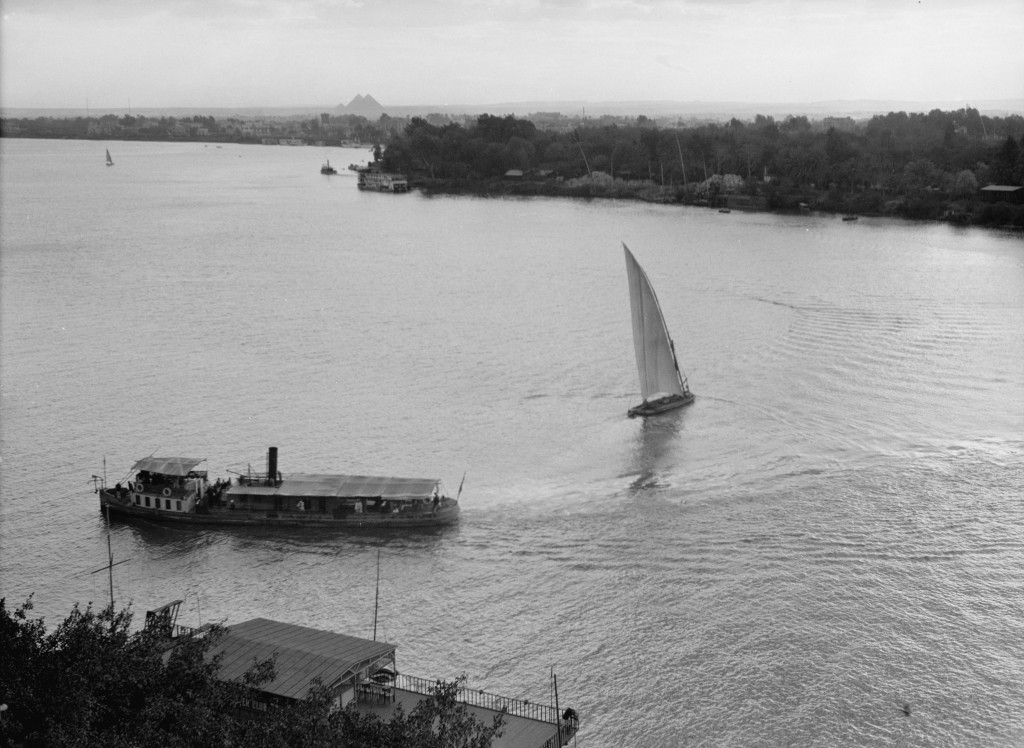 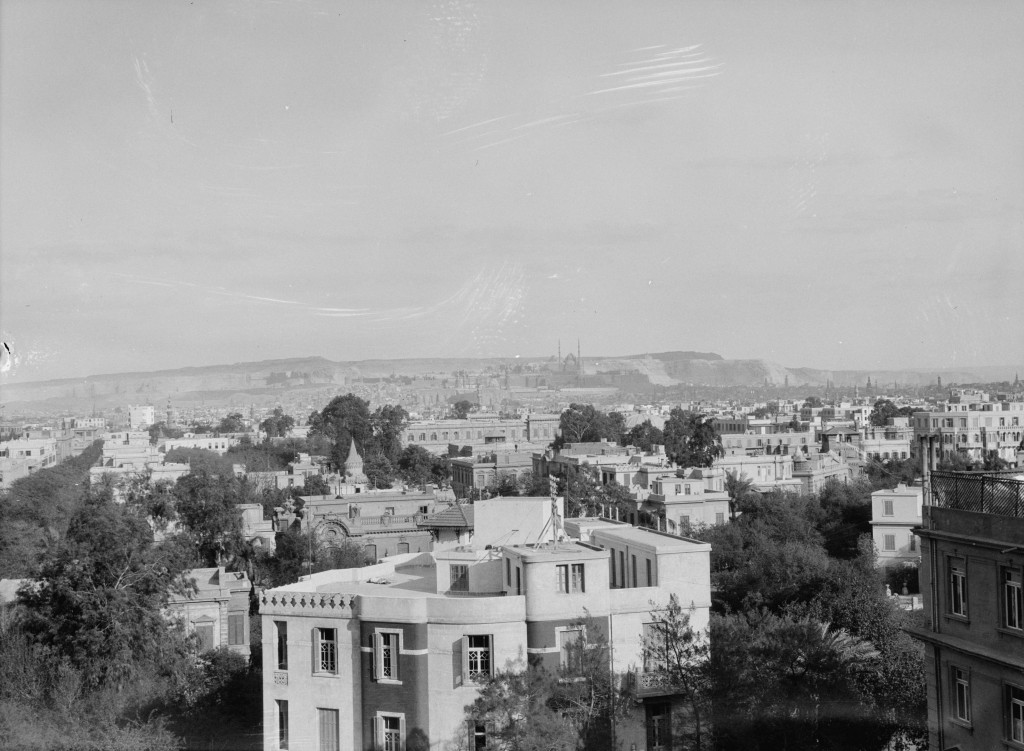 The best view of all though is the one below, taken from the air, which shows the Semiramis hotel itself, on the east bank of the Nile right beside the Kasr el-Nil bridge. Immediately north of the hotel is the reverse-E shape of the Ismailia barracks, now the Hilton/Ritz-Carlton hotel and, beside that, the Egyptian Museum. Two blocks south of the Semiramis is the British residence, now the British Embassy, with its lawns rolling right down to meet the river because this is well before the creation of the Corniche. I don’t know the exact date of the photo but it’s pre-1936 because the Anglican Cathedral has yet to appear on the plot just north of the barracks. (Click on the pic to enlarge.) 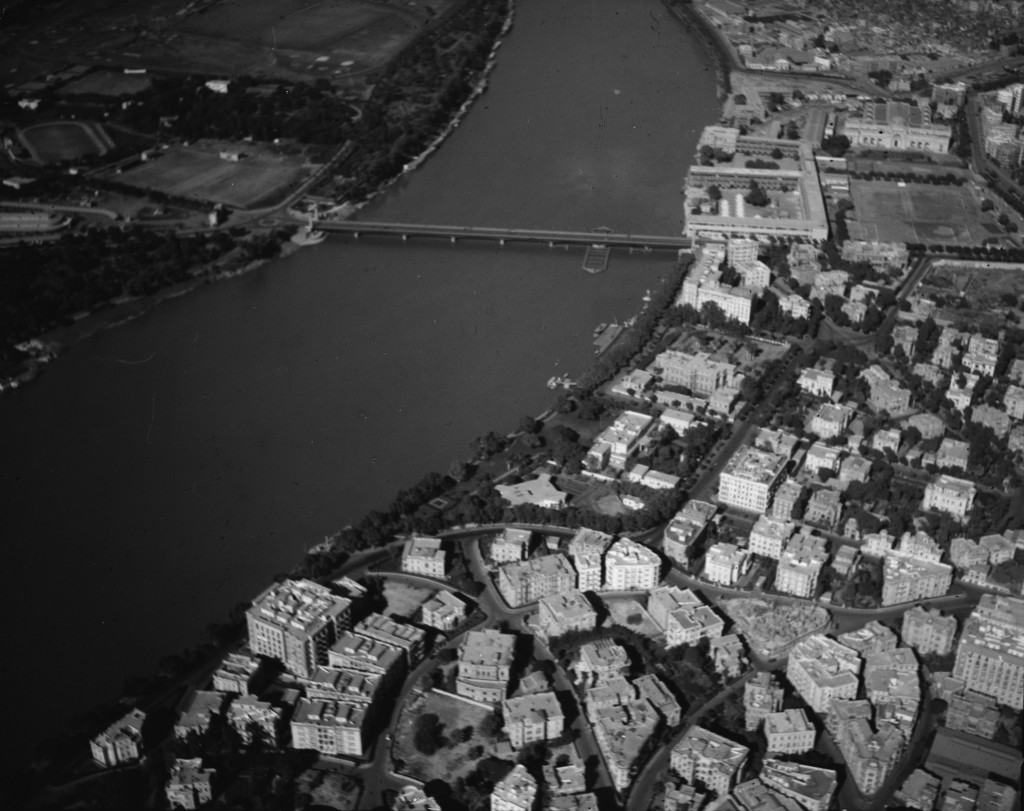 The images below come from a small advertising booklet issued by the Mena House some time soon after 1900, which was when the electric tram, mentioned on one of its pages, first starting running on Pyramids Road. Note, in addition to horses, donkeys and camels, the hotel keeps its own herd of cows to supply guests with nutritious milk – how many hotels can boast that these days? 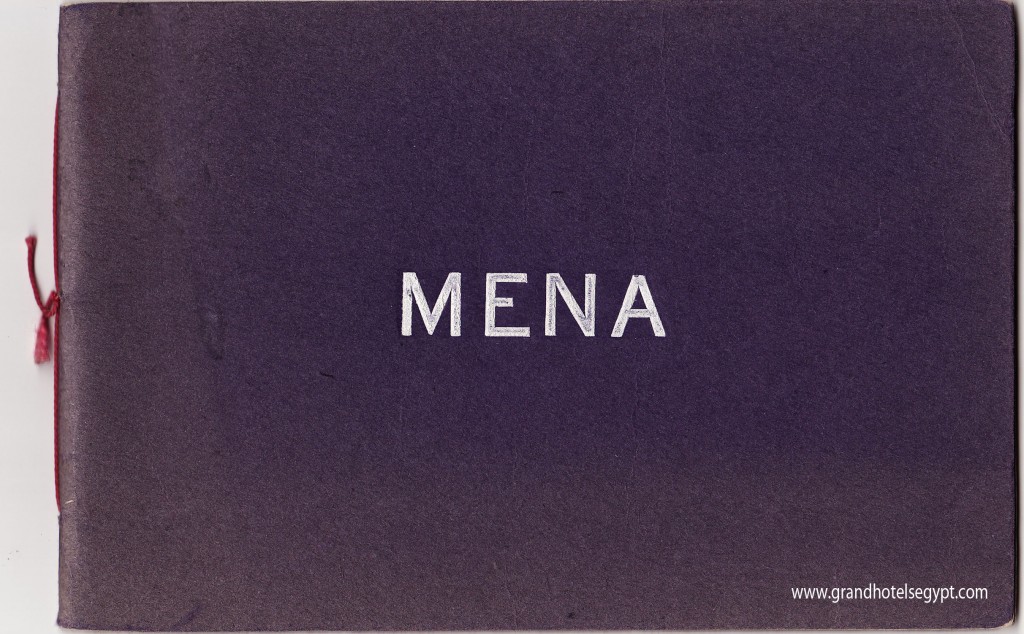 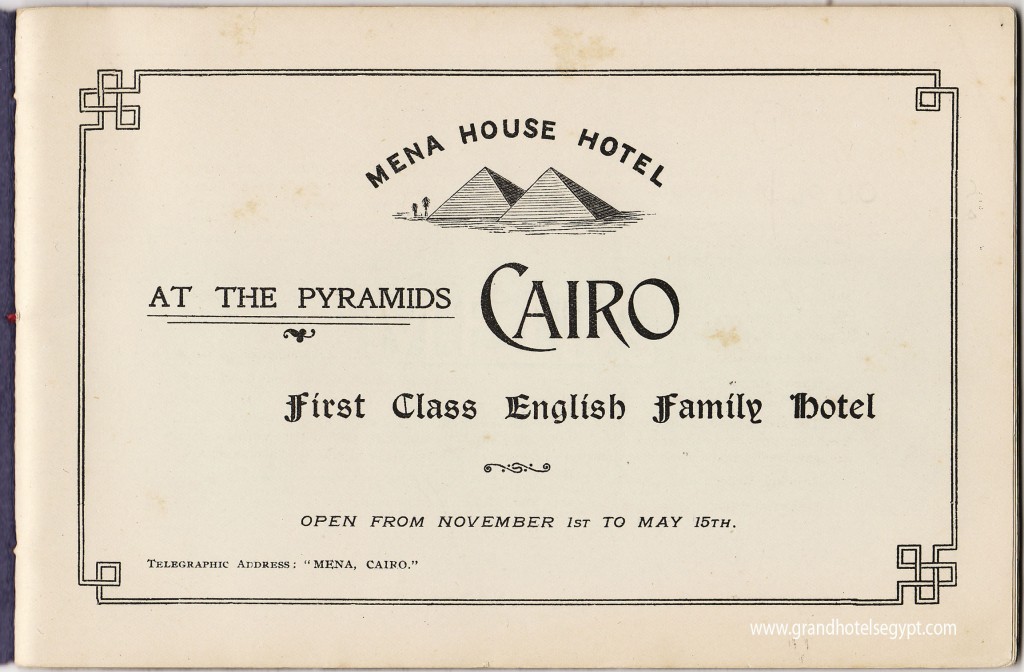 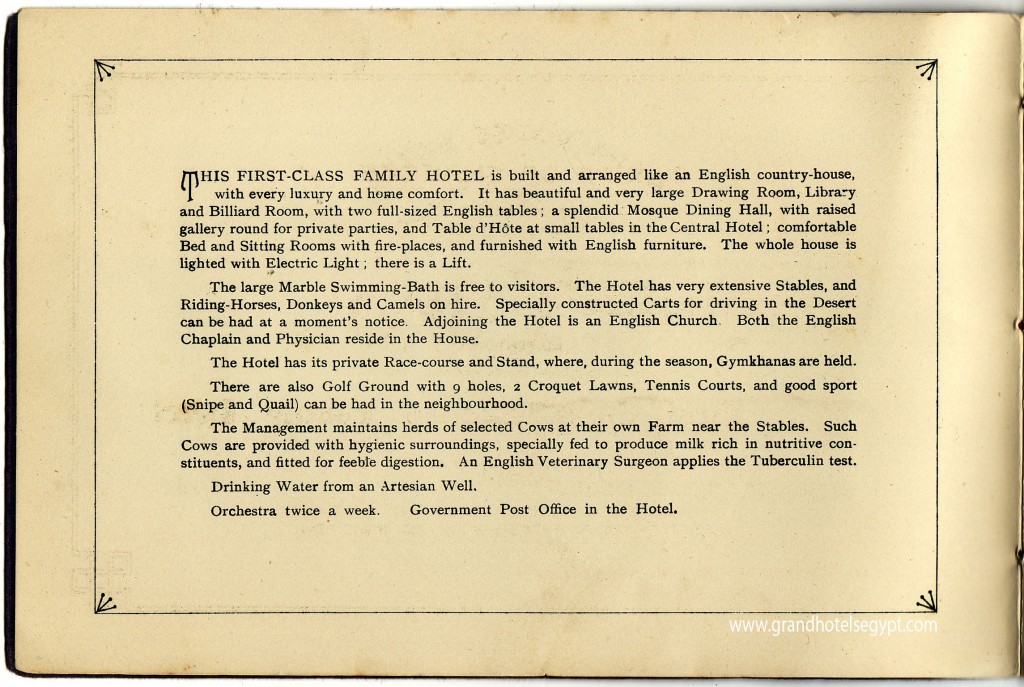 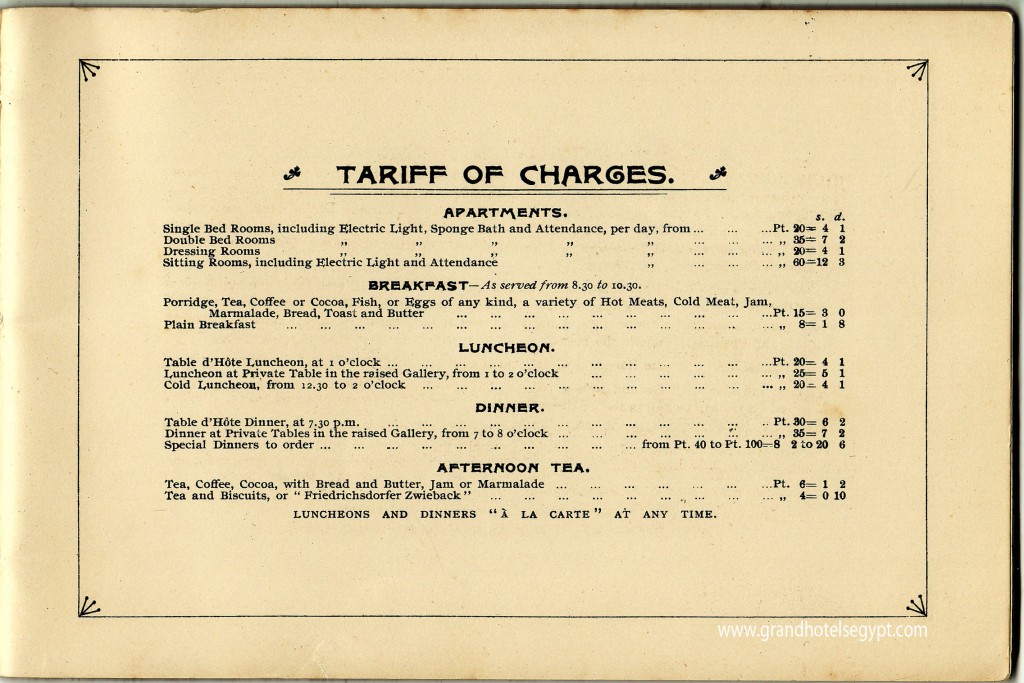 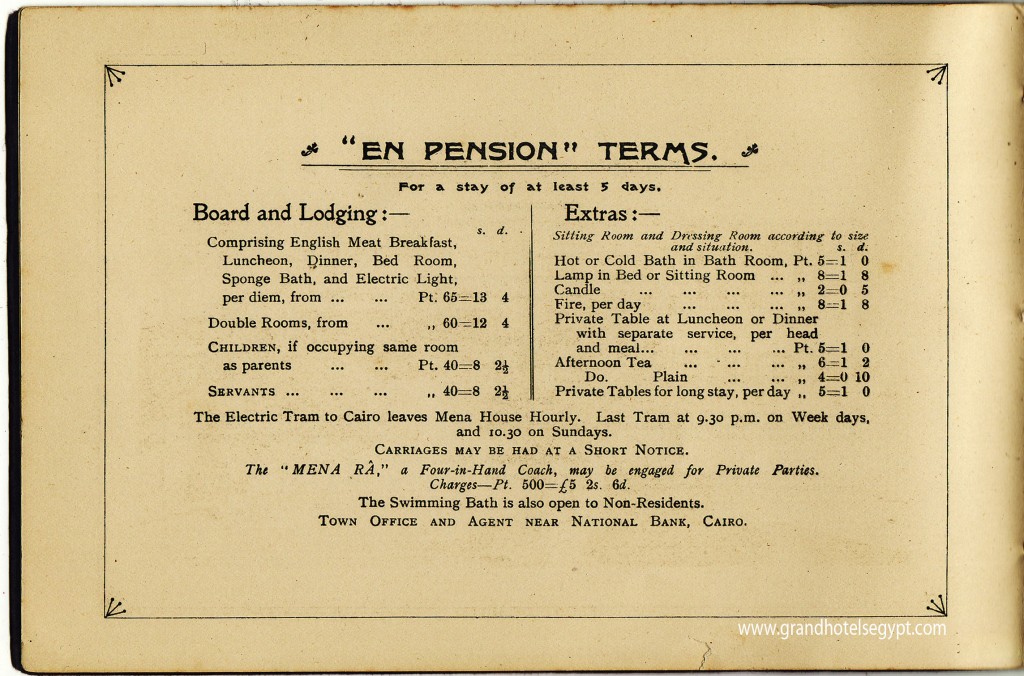 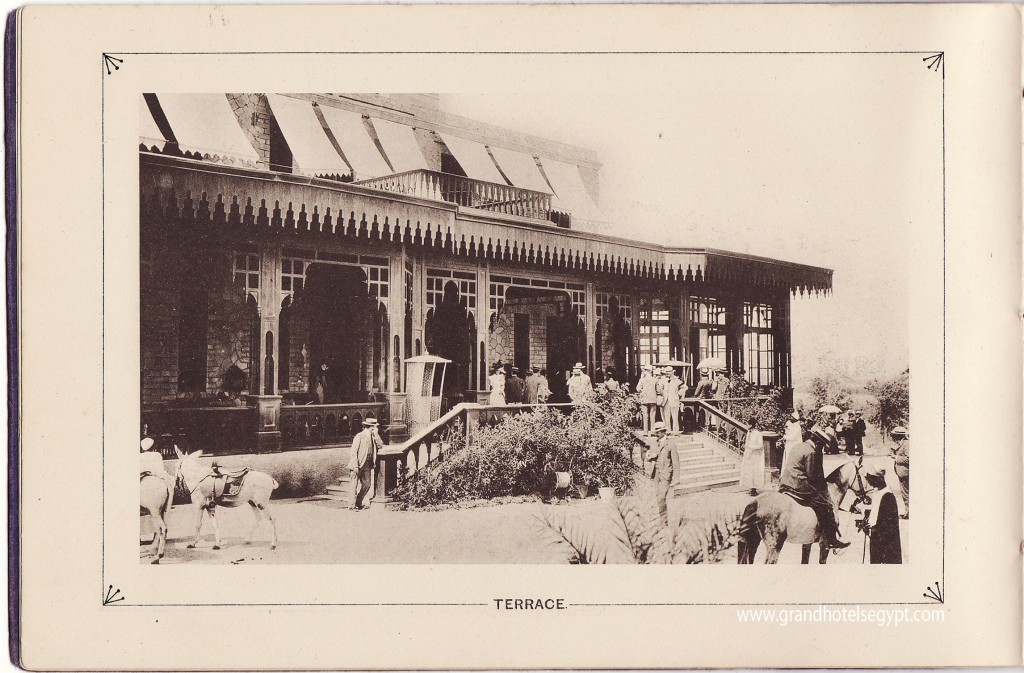 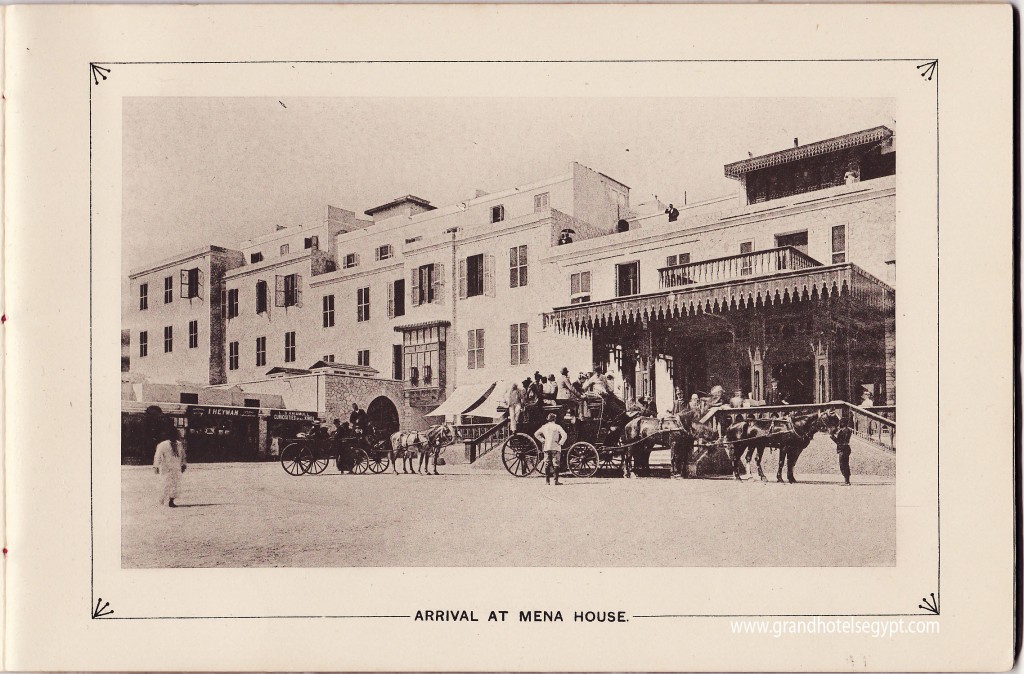 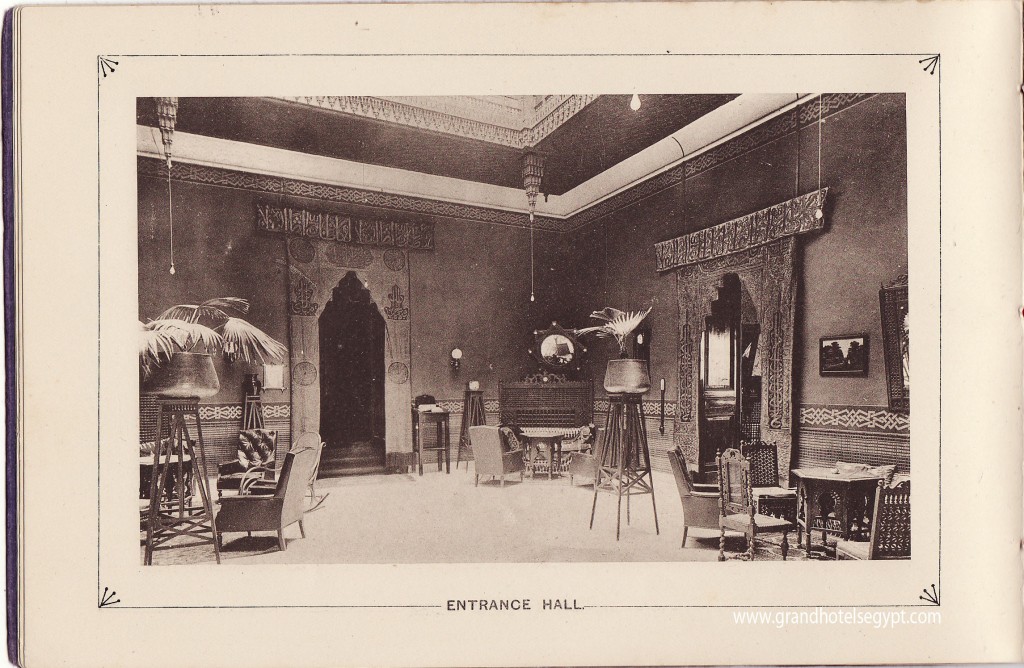 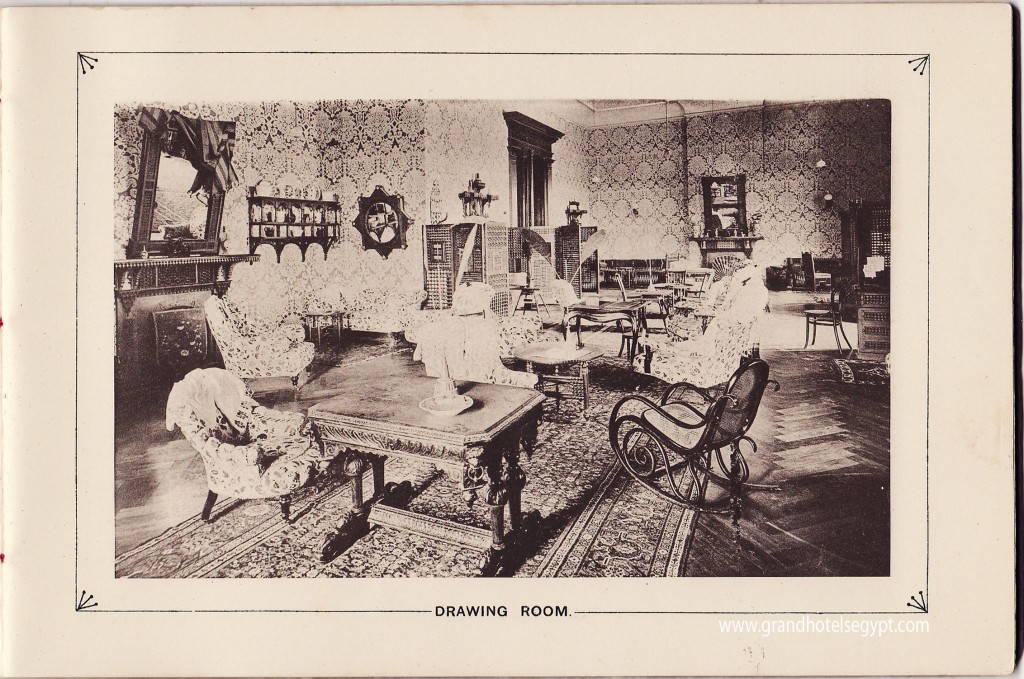 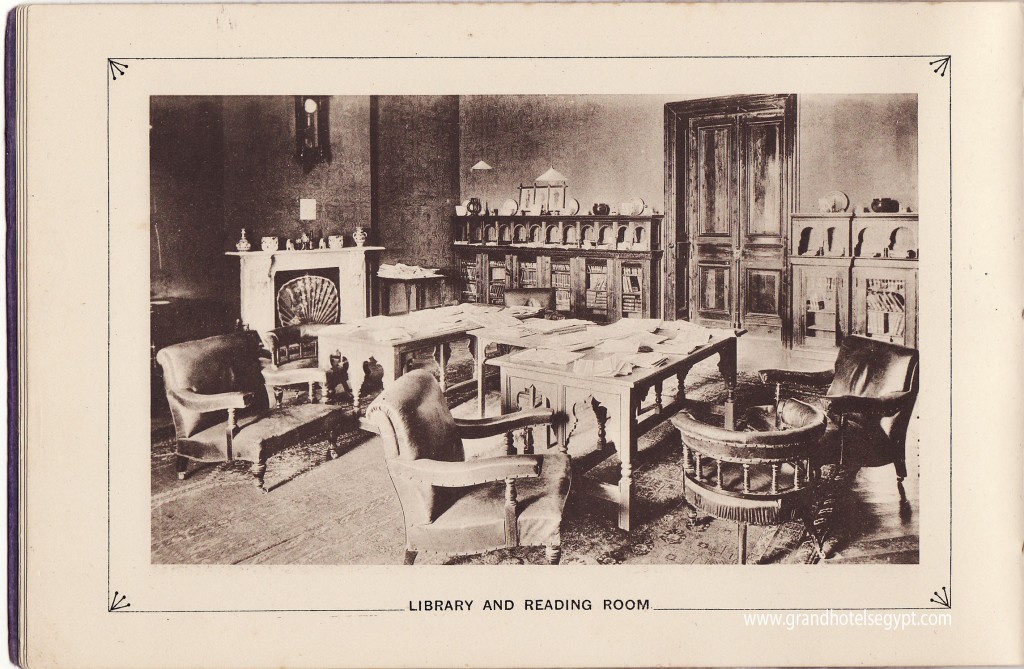 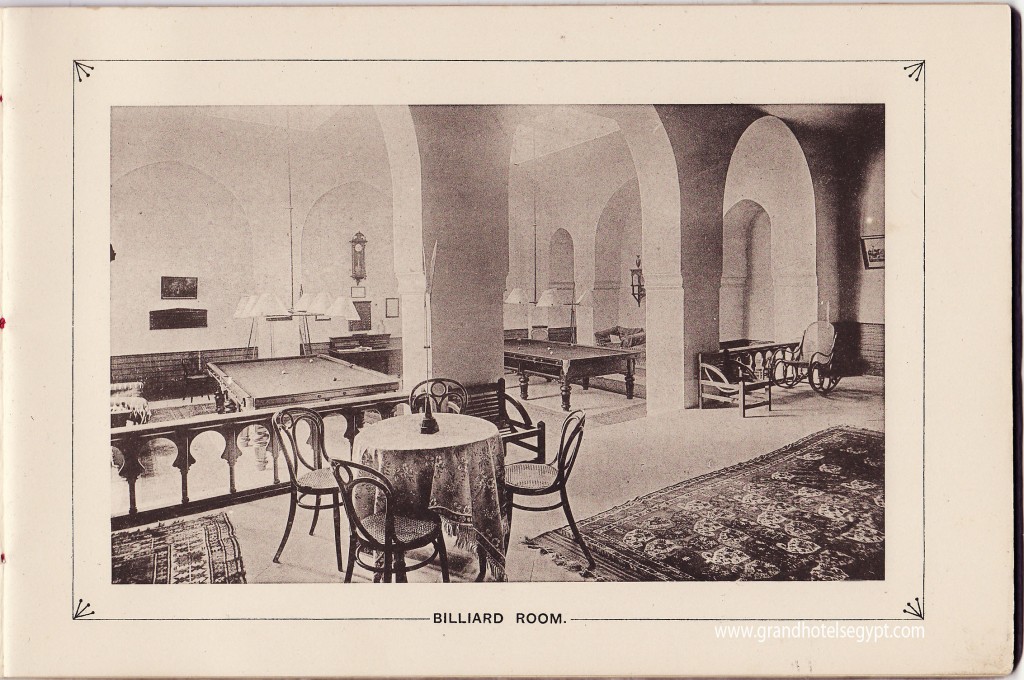 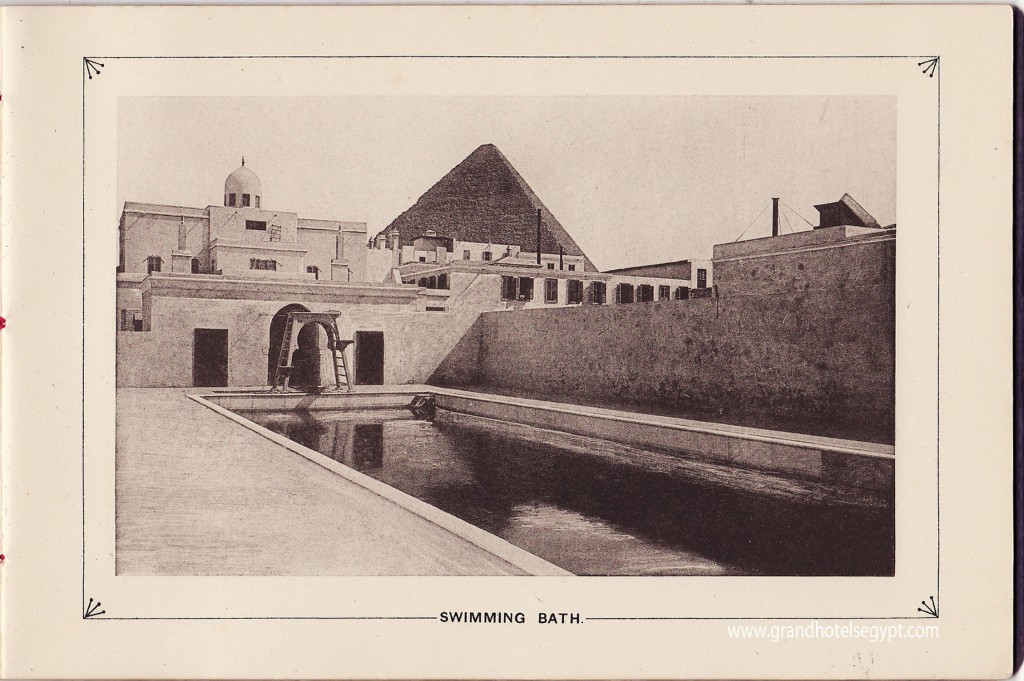 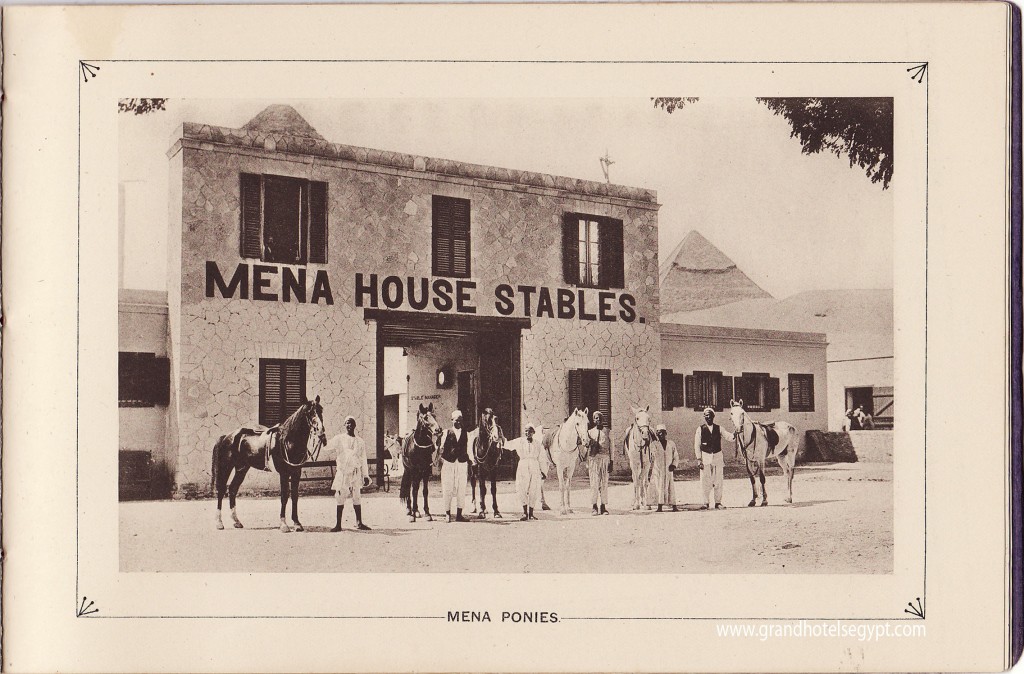 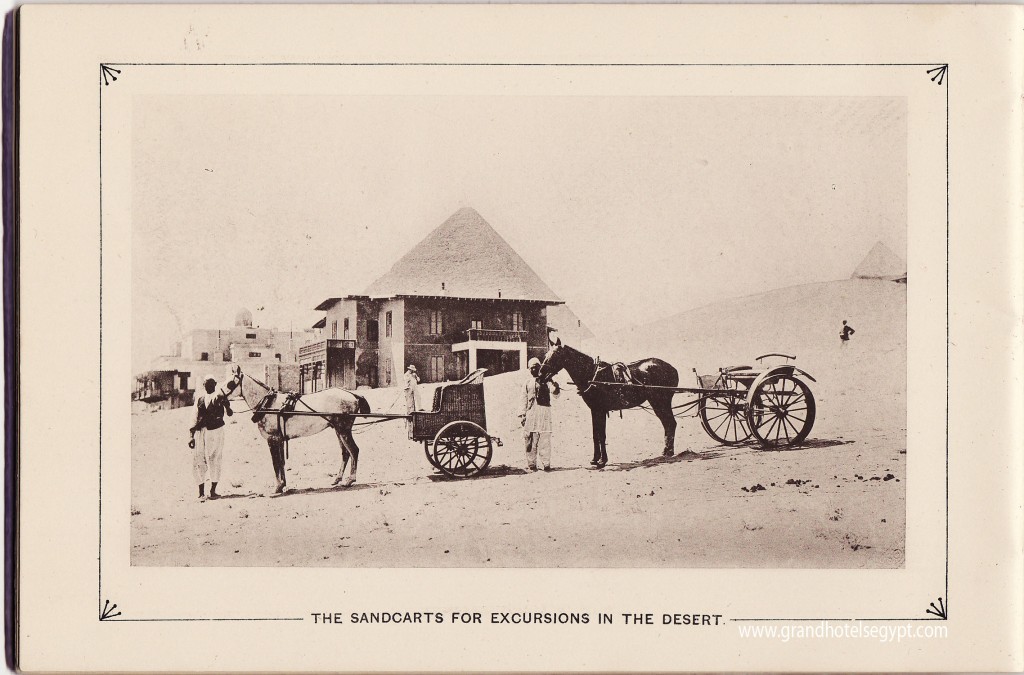 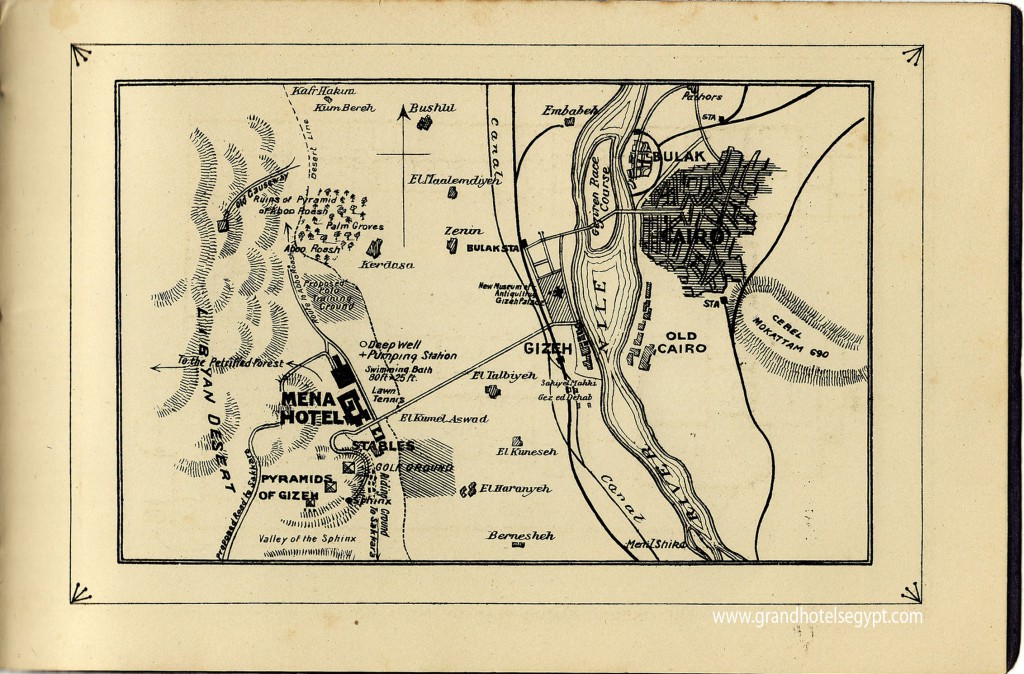