Just as the card says 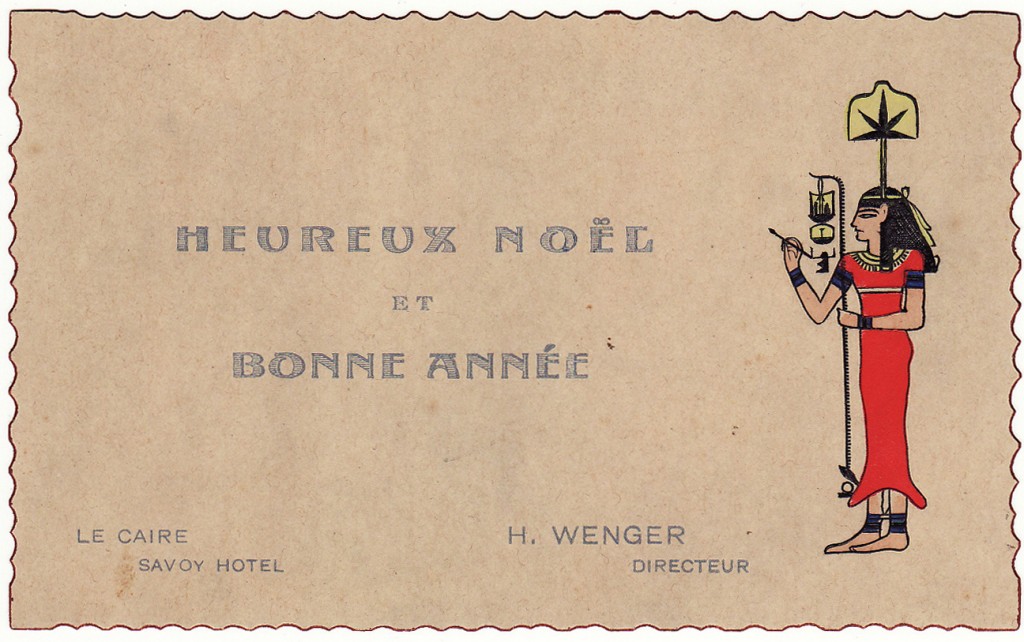 Memories of the Parisiana 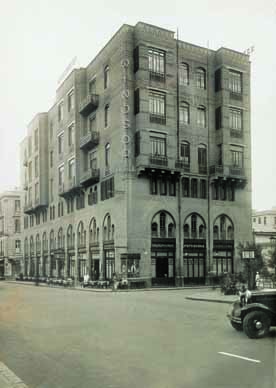 When a few years ago I interviewed the owner of Cairo’s Windsor hotel, William Doss (who was then 94), his earliest memories of the place were not of the hotel but of the bar–restaurant that once occupied the ground ﬂoor. This was the Parisiana, one of several popular night spots on Alﬁ Bey, along with the neighbouring Kursaal and the St James. As a student in the 1930s, Doss told me, he would go each Thursday evening to sit at one of the Parisiana’s pavement tables and order a beer for two and a half piasters. The café also appears in the memoir The Man in the White Sharkskin Suit, as the venue where the parents of author Lucette Lagnado ﬁrst met: “Edith was sitting outdoors at La Parisiana, Cairo’s most popular café, enjoying a café turque with her mother, when she noticed the man in white.”

The café is, of course, long gone. It was ‘foreign-owned’, and in the wake of the 1952 Revolution it was either nationalized or the owner just sold up and quit. Doss remembers the space becoming a showroom for a state collective of furniture makers before being occupied by the Ministry of Communication. This week I received an email from the great-granddaughter of a/the former owner of the Parisiana, an Armenian called Kapriel Ayrandjian. This lady wonders if I have any further information on the Parisiana and/or her great-grandfather. Unfortunately I don’t but I wonder if anybody reading this blog has? If so, please do get in touch.