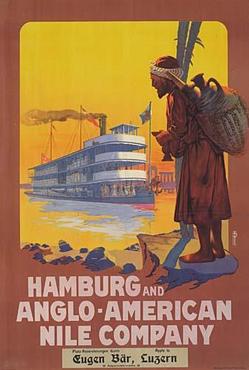 As I posted a couple of months back, I’m currently at work on a follow up to Grand Hotels, this time round focusing on the Nile steamer services. The manuscript is progressing well and I’m due to hand it over to my publishers, the AUC Press, in mid July. One of the major operators of Nile boats was an outfit called the Anglo-American Nile Company, founded in 1896 and in existence until at least the late 1920s. Unfortunately, information on them is very hard to come by. If there’s anybody out there who has any leads, I’d love to hear from you.