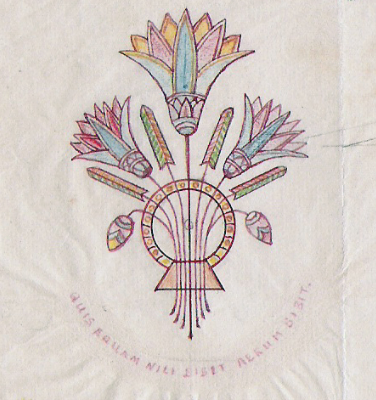 I mentioned a few posts back that there had been some amends made for the paperback edition of Grand Hotels. Chief of these was correcting a big mistake of mine, which was to attribute the design of the 1890 rebuild of Shepheard’s hotel to the English architect George Somers Clarke. I was repeating a claim published elsewhere without testing the truth of it. In my defence, information on the architects of hotels built in the 19th century was and is hard to come by.

You’d imagine that for an institution as famous as Shepheard’s, everything about it would be thoroughly documented but this is not the case. Not even the daily newspapers of the time, which reported at length on the remodeling and relaunch of the hotel, bothered to credit the architect. Hats off then to Tarek Ibrahim, a researcher at the Humboldt University of Berlin who has succeeded where I failed and managed to identify the real architect. A name in an old Shepheard’s brochure led him to a castle in Bavaria where he gained confirmation that the architect was a German named Johann Adam Rennebaum. This is not a well known name. In fact, I think few architectural historians that specialise in 19th-century Cairo have even heard of him. But apparently he was a long-term resident of Egypt, who designed villas for members of the German community in Alexandria and a number of buildings for Belgian enterprises in Cairo. It appears he was also involved in restorations of some of Cairo’s most important mosques including Ibn Tulun, Sultan Hassan and Al-Azhar.

But Tarek’s real find was in Bavaria. He discovered that Rennebaum’s ancestors still had a dusty tower room filled with their ancestor’s belongings (he died in 1937). These include sketchbooks, photographs, and plans and preparatory drawings for details of the décor in Shepheard’s, as well as items of furniture that may possibly have come from the hotel. Tarek told me he felt like Carter discovering Tutankhamun’s tomb. The pictures in this post were sent to me by Tarek. 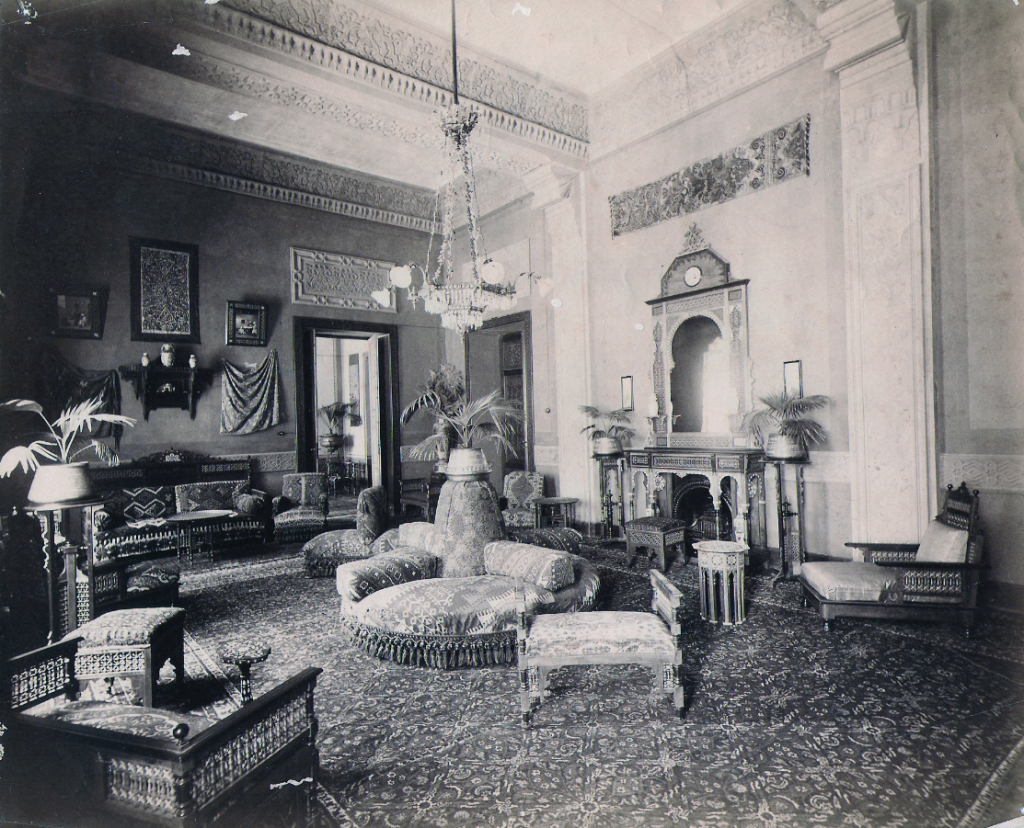 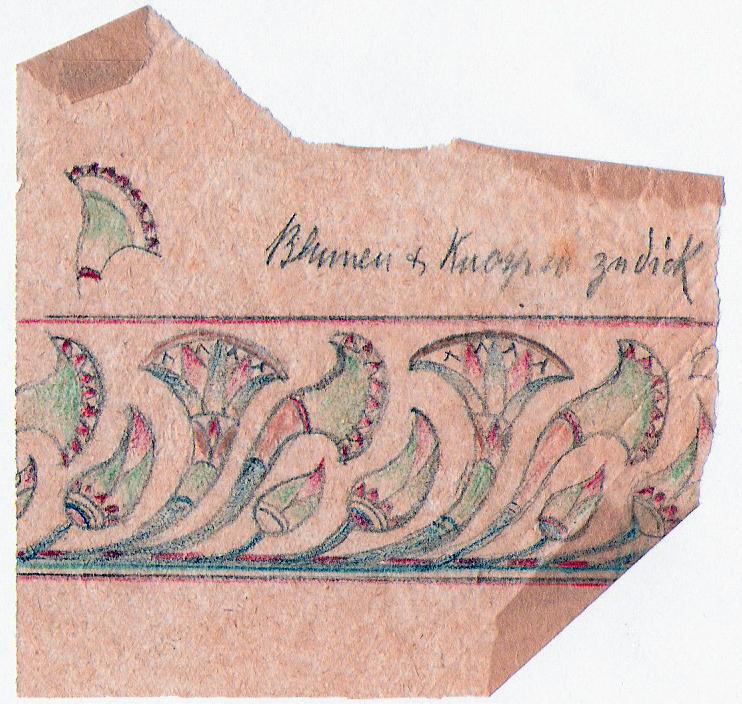 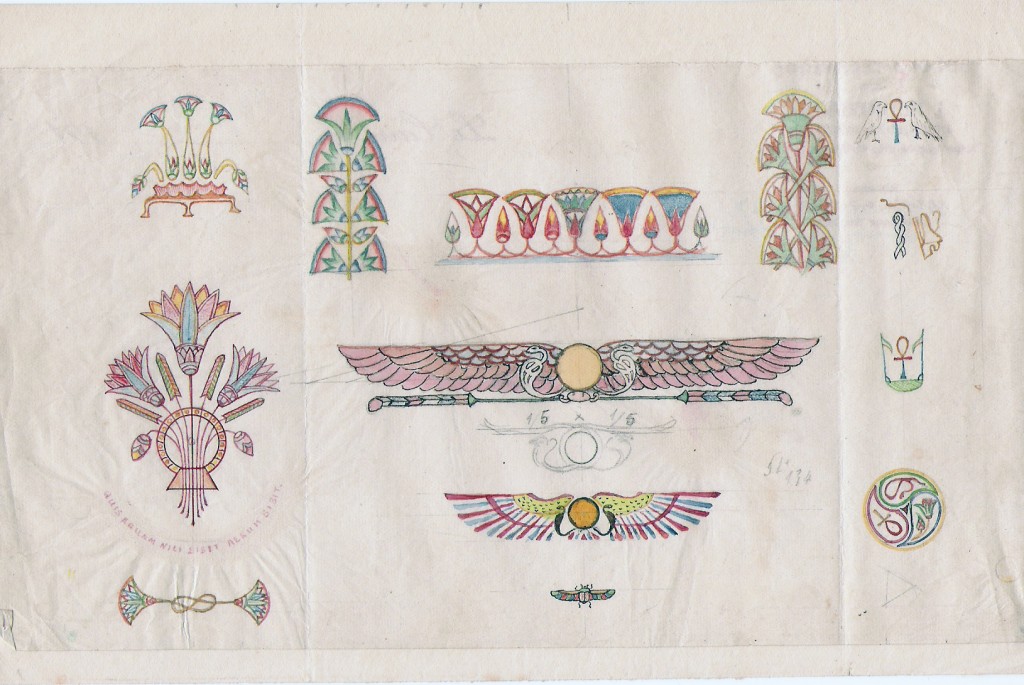 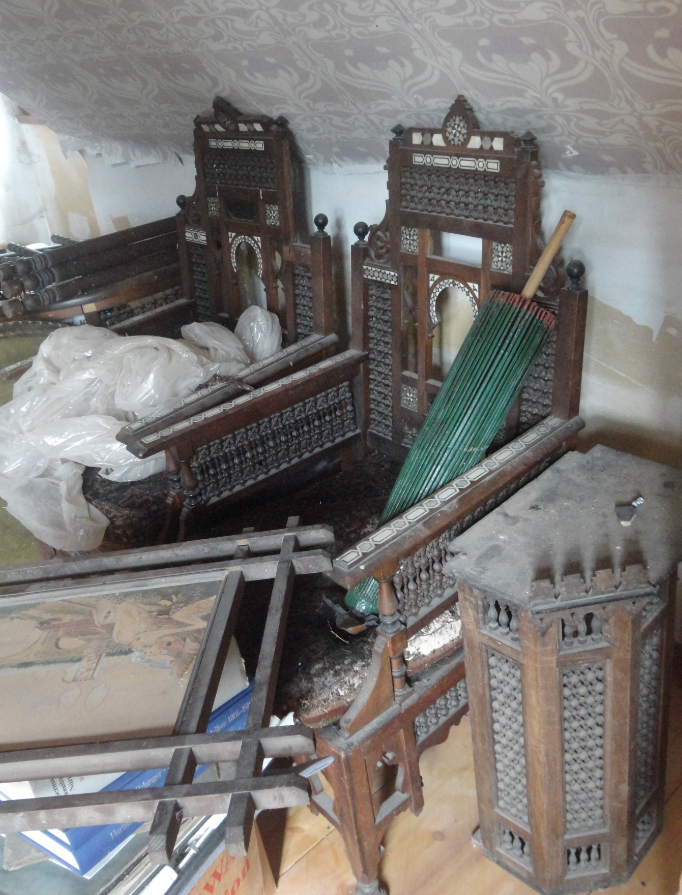 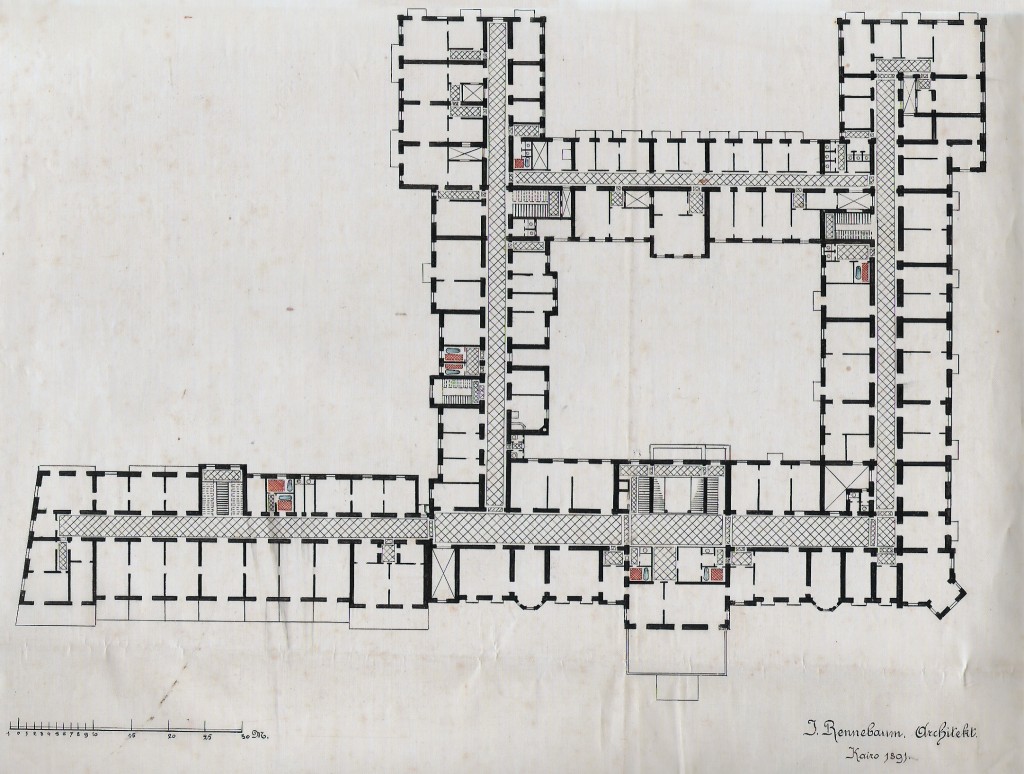 Tarek is now hoping to find sponsors to fund the restoration of the furniture, which is in a fairly bad way, with a possible view to a future exhibition. He’s also hoping to write a book on Rennebaum and Shepheard’s. It’s amazing news. 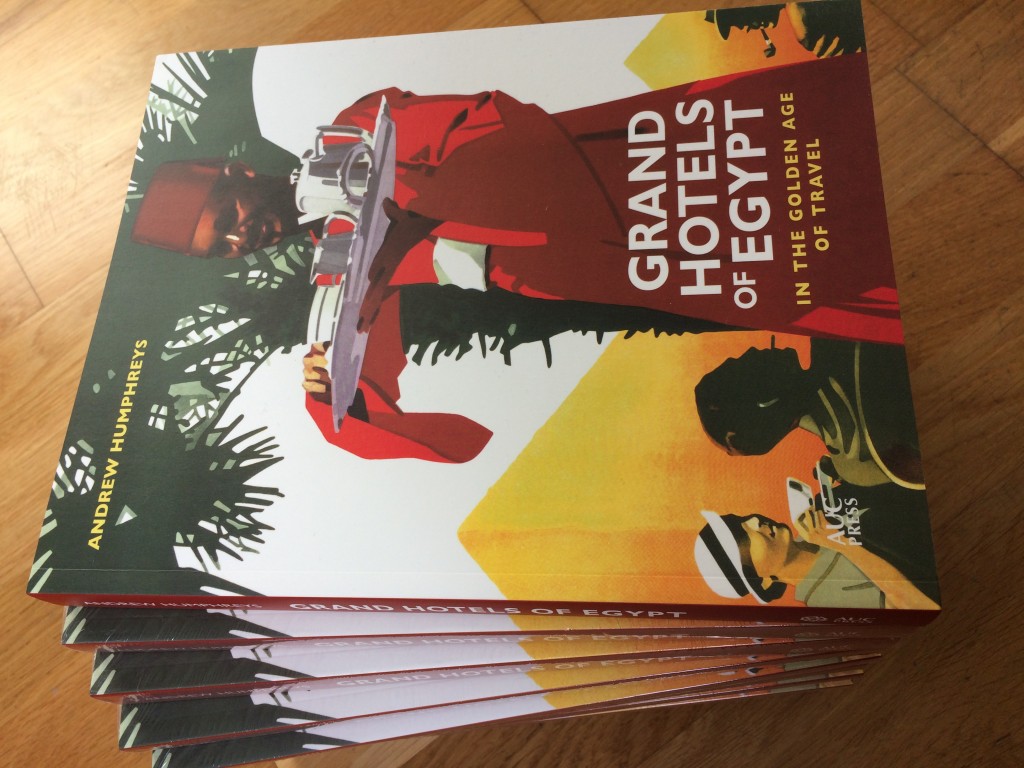 It’s been out for a while now but I only recently got to see it for myself – the paperback edition of Grand Hotels of Egypt.