Judging a book by its cover

So Grand Hotels of Egypt is out. We had the launch party last Sunday at the Windsor Hotel in Cairo and I’m sorry if you weren’t there because it was a terrific evening (thank you Neil, Trevor and Nabila at the AUC Press). First reactions to the book were fantastic – although, at this point nobody had, of course, read any of it and it was all based on appearances. A lot of people, in particular, said how much they liked the cover. But the praise wasn’t unanimous. Word was someone had objected to the fact it shows a dark-skinned waiter serving white folk. I thought nothing of this until the following morning when Gadi (the book’s designer) and myself were interviewed by a local journalist. He and I had a straightforward chat about the subject matter of the book but when it came to Gadi’s turn to talk about the design the very first question was, ‘Why did you chose to show a black servant on the cover?’ 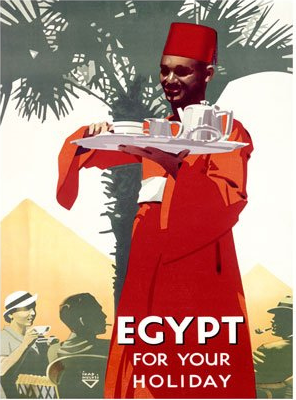 The cover was chosen because it’s a striking and appropriate image. It’s a genuine poster from the 1930s and the scene is of the terrace at the Mena House, one of the hotels covered at length in the book. The original poster (above) was designed by the graphic artist Ihap Hulusi Gorey. Born in Cairo in 1898 to a Turkish family, Hulusi left Egypt to study art in Munich before setting up his own studio in Istanbul in the latter half of the 1920s. He was one of the first graphic designers of modern Turkey and a fervent supporter of nationalist leader Kemal Atatürk. He was hugely influential, initially producing endless propaganda and educational posters for the new republic, later doing a lot of work for major international brands such as Cinzano, Haig whisky and Fernet Branca. At some point he was also commissioned to produce a series of posters for the Egyptian government and Misr Air, some of which are below.

The poster we used for the cover of my book is an artfully executed portrayal of the hotel life of the time: the dignified sufragi in uniform bearing tea things on a silver tray past a table of pale-skinned foreigners enjoying afternoon refreshments. A bit of a cliché perhaps, but beautifully done and very evocative of the era covered by the book. Ironically, the Thirties graphic style aside, the thing that really dates the image is the clothing and accessories of the Westerners – the pipe, trilby and ladies’ suit hat. The fancy garb worn by the waiter – or a variant of – is still uniform in plenty of upmarket hotels in Egypt today, where serving staff are still often Upper Egyptians starting careers on the lower rungs of the ladder. Is this racism? I don’t think so, I think most people would just recognise it as tourism. 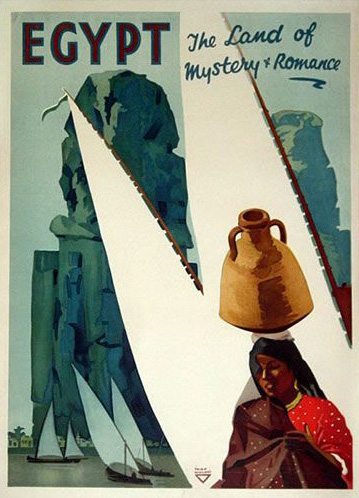 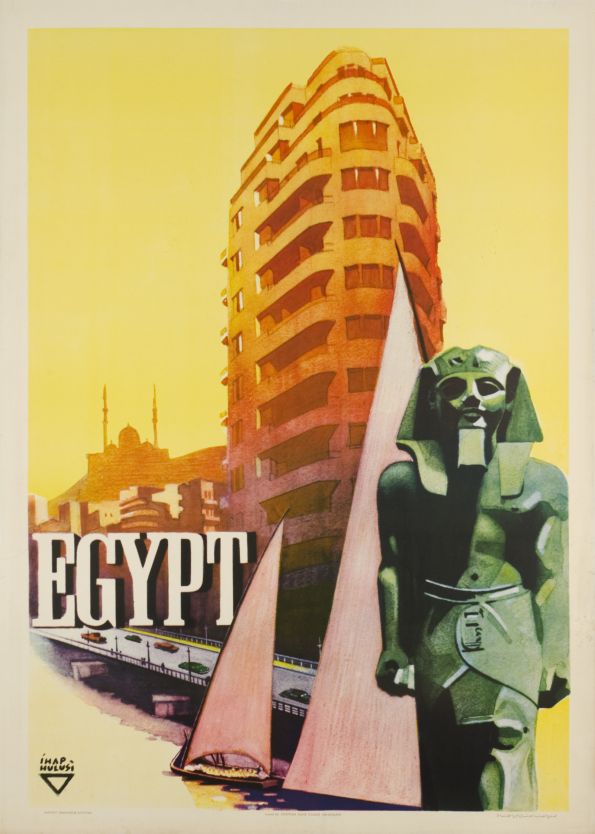 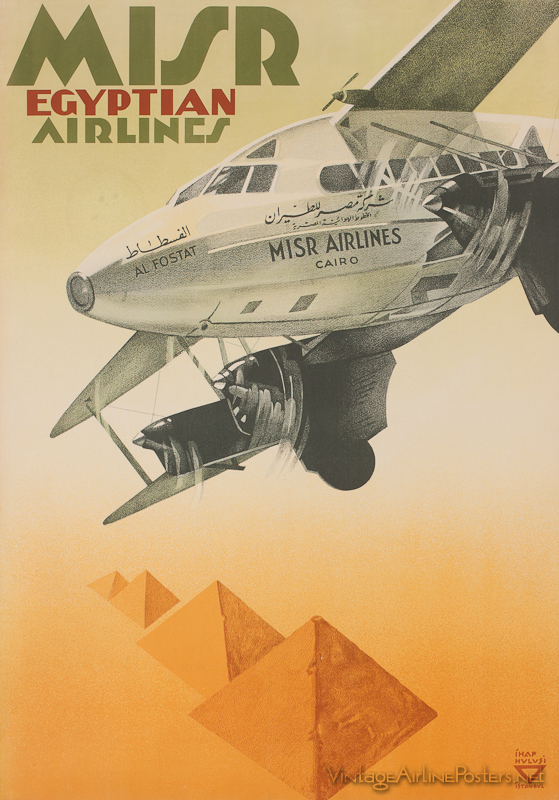 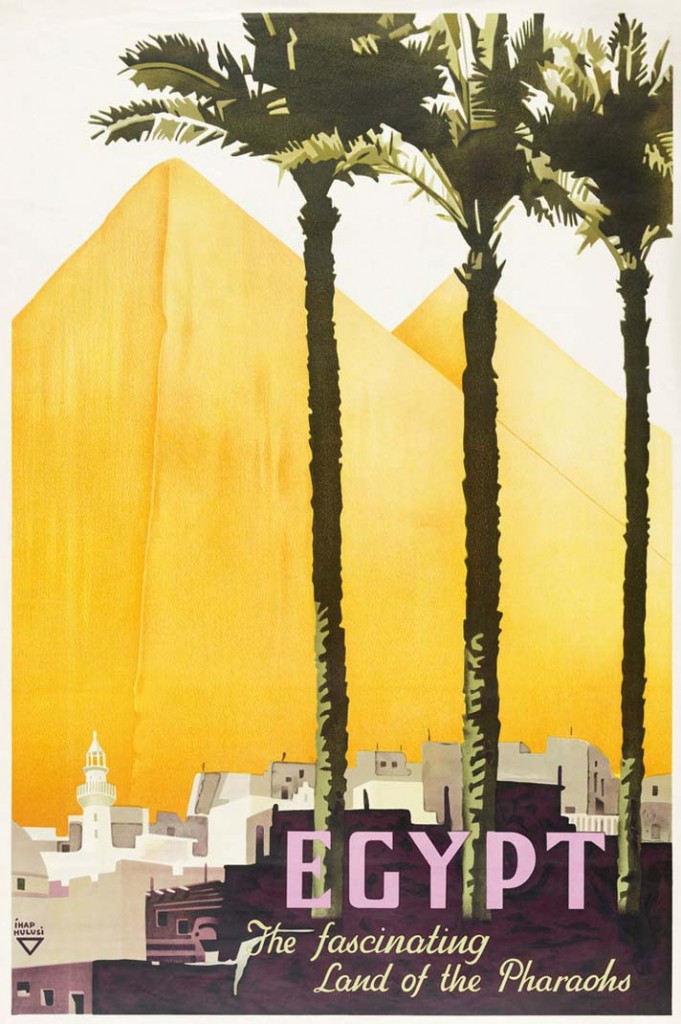 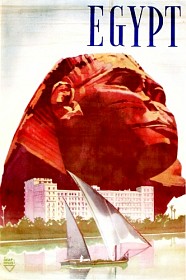 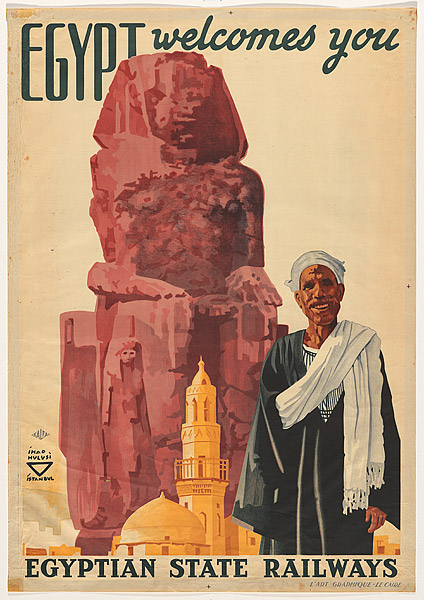