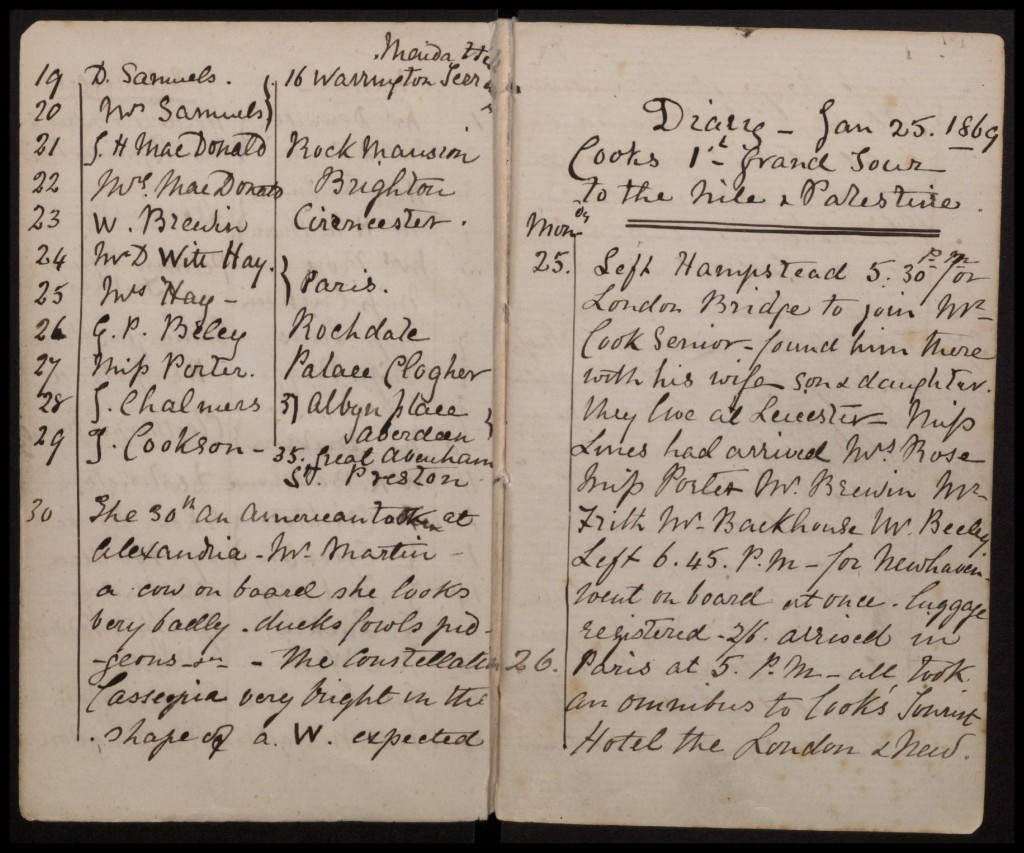 Following on from yesterday’s post, here’s what Miss Riggs wrote in her diary the day after leaving London.

Tuesday, 26 January 1869
Arrived in Paris at 5pm – all took an omnibus to Cook’s Tourist Hotel the London & New York – proprietor Monsieur Chardon – he had once an hotel at Milan. Charge 7/- per day all included. Table d’hote at 6 – salon small – left a dress with Madame Chardon.

She set off yesterday from London Bridge train station at 5.30pm and almost exactly 24 hours later she has arrived in Paris. Last year I had to travel from London to Paris at too short notice to get a ticket on the Eurostar train. Instead I had to go by coach down to the south coast of England, transfer to the rail freight service, then back on to the road at Calais and onwards to Paris. It took ten hours, so for Miss Riggs’ party to make the same journey in under a day – remember, this is 150 years earlier – seems pretty good going. 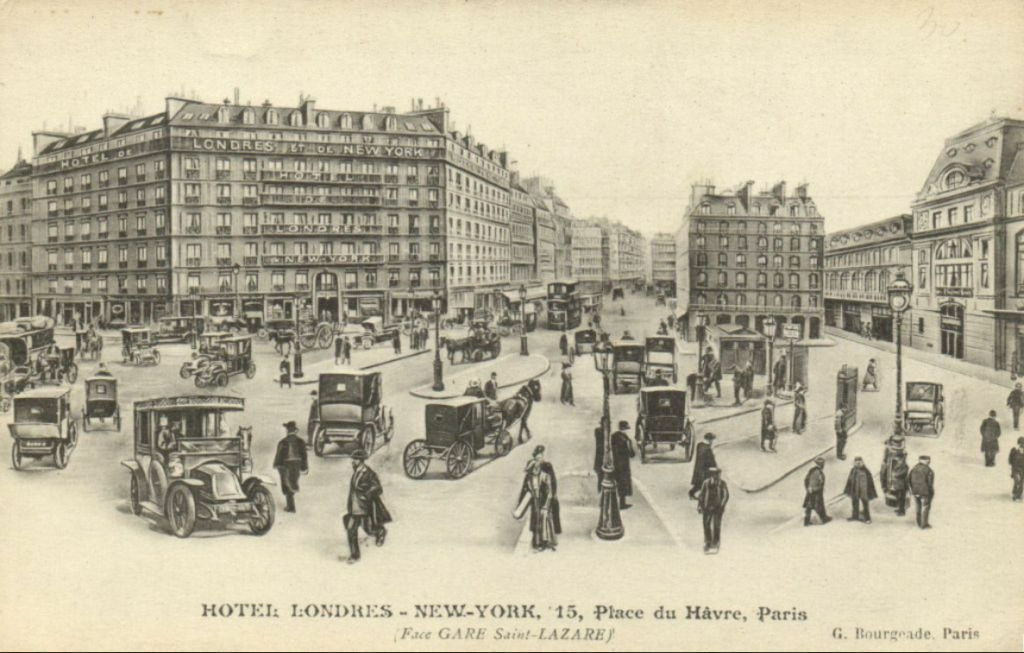 The postcard above shows her hotel, the London & New York, which stands across from the Gare St Lazare – although, obviously, with a street full of motor cars this image must date from about 50 years after Miss Riggs’ visit. I say the hotel “stands” because it’s still there today, although no longer looking anywhere near as grand.