In January 1869, exactly 150 years ago, Miss Riggs joined Thomas Cook’s very first tour to Egypt and the Holy Land. Travelling overland, the journey would take three months, there and back. Miss Riggs kept a diary of her adventure and I am going to be posting from it over the coming weeks. This is day four. 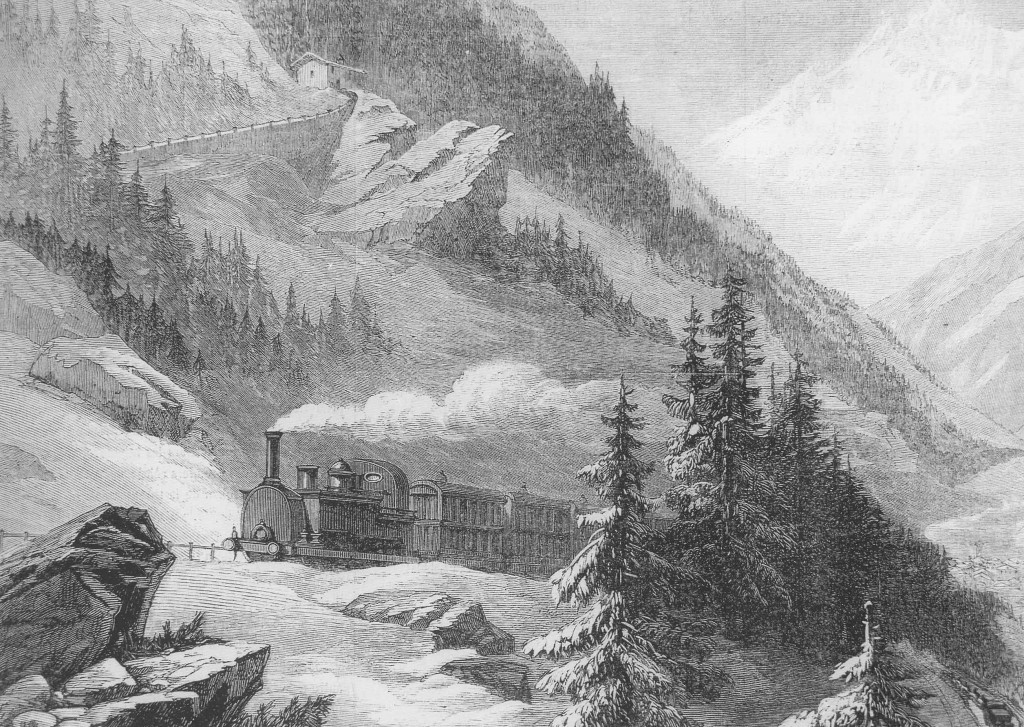 Thursday, 28 January 1869
Stopped at Dijon 3 a.m., took soup. Remained a short time at Macon and Culoz – from thence diverged to Chambery – passed all that beautiful lake by Aix-les-Bains which I saw last year with the Garrets. Getting dark and raining quite approaching the splendid mountains – cleared off by the time we arrived at St. Jean de Maurienne, situated in the mountains before entering the Mont Cenis pass. St. Jean a tolerable sized village. A monastery and nunnery there – nuns walking about.

Our party had increased to 27 in number which made a considerable diference in the railway cars – great delay – extra carriages hauled up and put on. Mr. Cook went on the first carriage. I waited for the last. I was fortunate for the sliding door at the end of the car being open, could command the entire wonderful grand view of the ascent. Wonderful beyond description, the snowy range becoming deeper and deeper, and the shadows and bright lights of the glorious moon. Great excitement and fear owing to the difficulty the engine had in working us up the winding and precipitous incline, sometimes stopping entirely and gasping dreadfully. Fear lest we should all go backwards. One of these stoppages occurred in the tunnel; felt almost suffocated with smoke. On issuing out of the tunnel we arrived at the summit and Mont Cenis was before us, conical in form, the moon full and lovely. 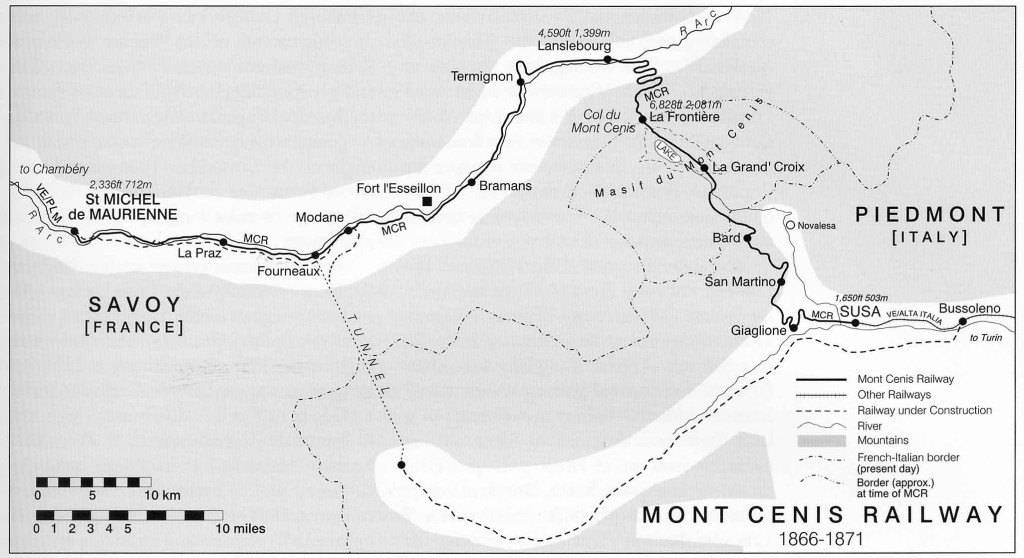 There may have been a very good reason that Thomas Cook waited until 1869 to launch his first guided tour to Egypt. It was only in 1868 that the British completed the missing gap in the rail link connecting Calais on the north coast of France, opposite England, with Brindisi on the heel of Italy, departure point for ships to Alexandria, Egypt. This was the Mont Cenis railway over the Alps. (Why were the British so keen to link England with Egypt? To speed up the mail to India.)

The Mont Cenis Pass Railway was the first mountain railway in the world and had been operating just over six months when the Cook party used it to travel from southeast France to northwest Italy. It would only operate until 1871, after which it was superseded by a new tunnel railway.

One Response to Crossing the Alps