The Mission school in Alexandria 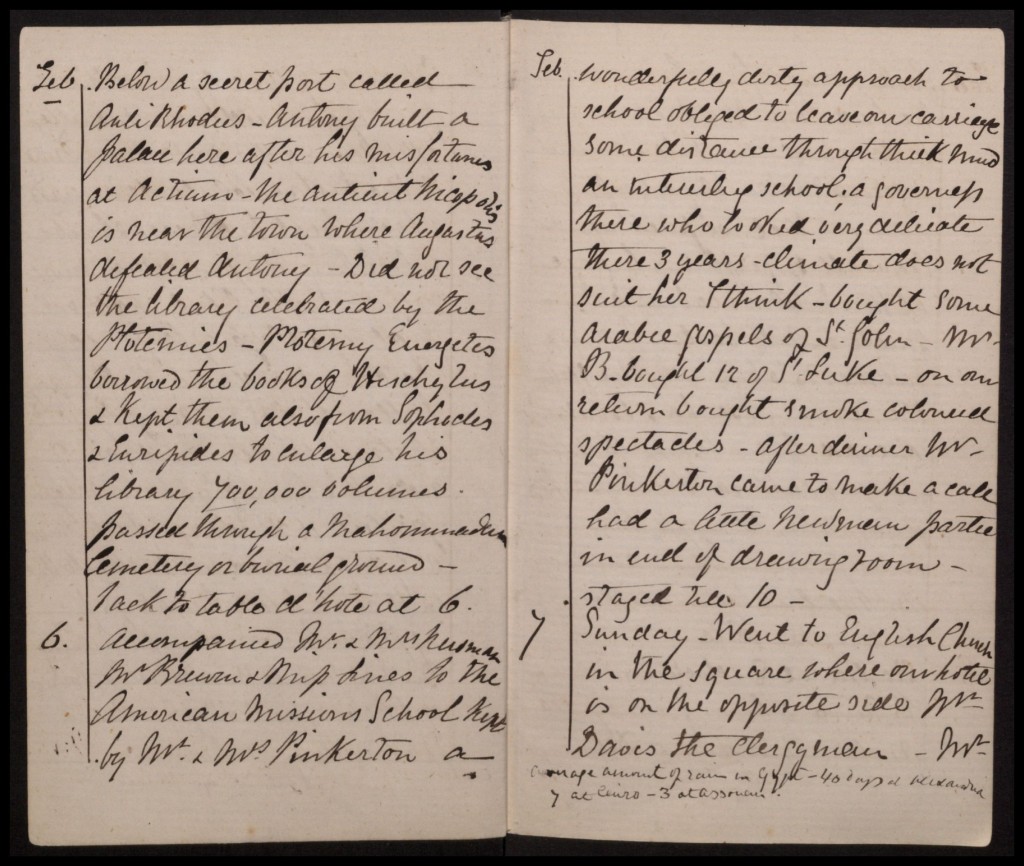 In January 1869, exactly 150 years ago, Miss Riggs joined Thomas Cook’s very first tour to Egypt and the Holy Land. Travelling overland, the journey would take three months, there and back. Miss Riggs kept a diary of her adventure and I am going to be posting from it over the coming weeks. This is day thirteen.

Saturday, 6 February
Accompanied Mr. & Mrs. Newman, Mr. Brewin and Miss Lines to the American Missions School kept by Mr. & Mrs. Pinkerton. A wonderfully dirty approach to school – obliged to leave our carriage some distance through thick mud. An interesting school; a governess there who looked very delicate – there 3 years – climate does not suit her I think. Bought some Arabic gospels of St. John. Mr B. bought 12 of St. Luke. On our return bought smoke coloured spectacles. After dinner Mr. Pinkerton came to make a call – had a little Newman party in end of drawing room – stayed till 10.

The American Mission had a sizeable presence throughout Egypt from the mid-19th century. Although the US appointed a first consul-general in 1848, America figured little in Egypt in a political sense. The Christian evangelists, as well as promoting God, were their home nation’s most high-profile representation in Egypt, founding churches and schools. They were instrumental in founding the American University in Cairo, which, incidentally, kicks off its centenary year celebrations this coming Saturday.

One Response to The Mission school in Alexandria