In January 1869, exactly 150 years ago, Miss Riggs joined Thomas Cook’s very first tour to Egypt and the Holy Land. Travelling overland, the journey would take three months, there and back. Miss Riggs kept a diary of her adventure and I am going to be posting from it over the coming weeks. This is day fifteen.

Monday, 8 February
Started at 8 o’clock by train to Cairo – 5 hours journey, 150 miles – through the Delta … We first passed large swamps and Lake Mareotis, close to Alexandria; flat country – the first mud villages I had ever seen – the same all through the Delta. Arrived at Cairo at 2 o’clock, omnibus and carriage to Hotel Shepheard – not room for all so I, Miss Porter, Mr. Brewin, Dr. Lorne, Mr. Frith, Mr. Luckie and a few others to the Hotel l’Orient. Ours a very curious hotel – sale at the back and dark, but did very well. 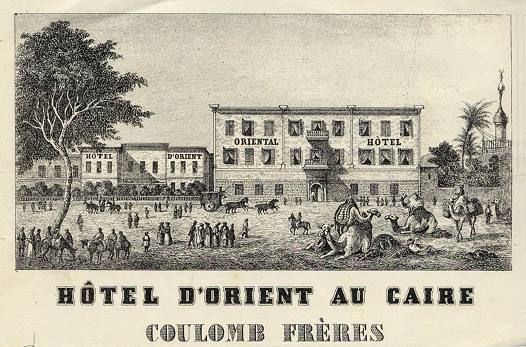 After lunch we went for a drive to the grand mosque of Mehmet Ali, standing on a hill with commanding view of the country, the green winding outline for miles which showed the course of the Nile – the pyramids at Gizeh – the pyramids of Sakara and Dashour and the grand and endless desert; this hill is called the Citadel. We descended what is called Joseph’s Well – hewn in the rock 260 ft. deep – a circular descent. A very deep well indeed and very tiring coming up; a winding cutting in the solid rock. From there drove to the bazaars – too late – they close at 5. Table d’hote at 6 – spent evening in bedroom.

So, 15 days and countless trains, carriages and boats to get from London to Cairo in 1869. It shows just what an undertaking travel was 150 years ago. Had Miss Riggs been travelling thirteen years earlier, she could have added another couple of days to the trip because prior to 1856, which was when the railway between Alexandria and Cairo opened, she would have had to be punted slowly up the Nile between the two cities.

The party finds Shepheard’s full because this is not the grand hotel of later fame with its 300-plus rooms, but a previous, smaller incarnation of the hotel. The alternative hotel to which Miss Riggs and some of the others are directed, the Hotel l’Orient, was on the far side of the Ezbekiyya Gardens, on the edge of the old city. 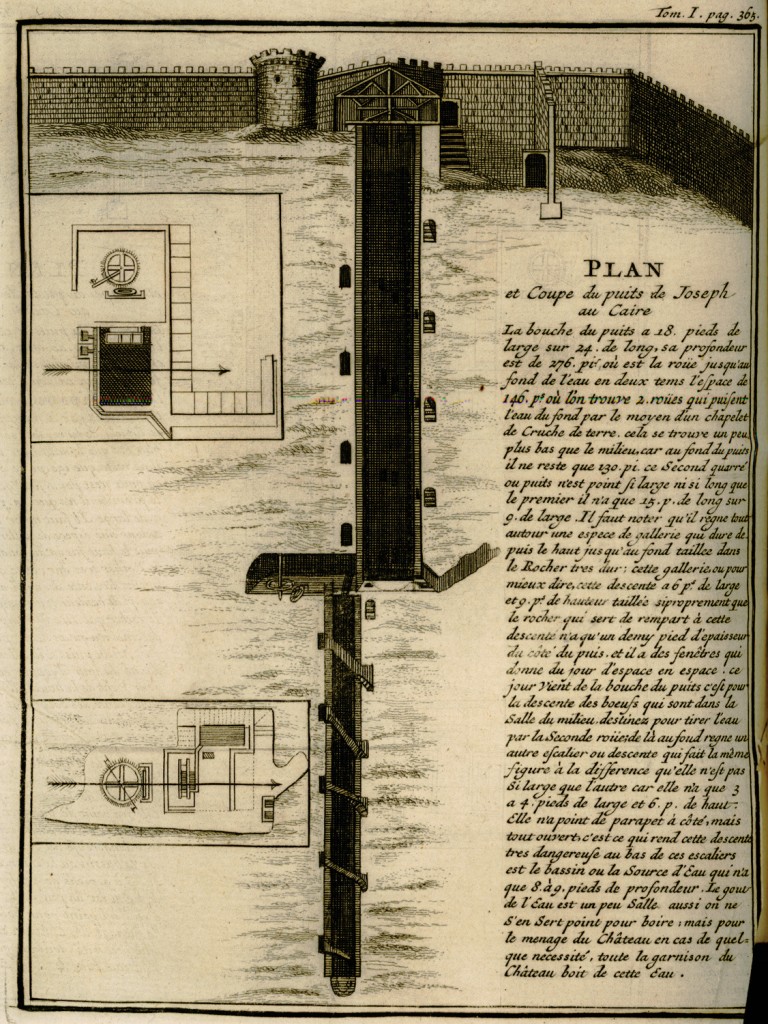 The Mohamed Ali Mosque she visits is not long completed (1857). She provides a lengthy description in her diary, which I’ve left out. More interesting is her descent into Joseph’s Well. This, of course, has nothing to do with the biblical Joseph and was sunk during the era of Salah ad-Din. It is an 87-metre deep shaft wound around by a spiraling staircase. It was a big tourist attraction in the 19th-century but has long been closed to the public because its decrepit state makes it extremely dangerous.