How did I not know about the Marianne North Gallery? 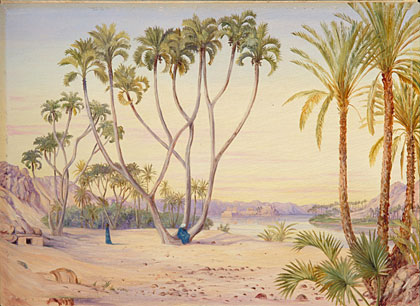 A warning: Every now and again this blog is going to veer completely off subject. There are occasions when you come across some thing you feel compelled to shout about, and given that this blog is where I generally write about matters that interest me, here’s where that sort of thing is going to have to go.

So yesterday I went to Kew Gardens. It’s only a 10-minute walk from where I live and my wife has recently taken up membership, meaning we can drop by whenever the mood takes us. This was the second visit in three weeks and we explored parts of the gardens we hadn’t seen previously. This included the small red-brick building that is the Marianne North Gallery. How did I not know about this place before? It’s not much more than a single room and annex, but what a room. It has to be one of the most wonderful small places in all London.

Marianne North, was the daughter of the Liberal member of parliament for Hastings. On her father’s death in 1869, at the age of 40, she decided to pursue a long-standing ambition of painting the flora of distant countries. She began her travels in 1871-72, going first to Canada, the US and Jamaica, and then Brazil. In 1875, after a few months in Tenerife, she travelled on to Japan, Borneo, Jaca, Ceylon, India, Australia, New Zealand and Tasmania. (She also visited Egypt but painted very little there – that’s one of her rare Egypt pieces, heading this post.)

She travelled alone (she found companions tiresome) and used her time to record primarily plants, but also animals, architecture and landscapes. She offered the works to the Royal Botanic Gardens at Kew, along with a proposal for a gallery to house them to be built at her own expense. The new building was designed looking partly like a Greek temple, partly like a plantation lodge, and it was completed in 1882. North died at Alderley in Gloucestershire in August 1890.

The gallery remains today as she intended it (her bequest stipulated it could not be changed). Its walls are tightly packed with 832 of her studies, which are framed to exactly fit and fill all available spaces. She favoured oil paints, rather than the watercolours most botanical painters used, which means her paintings have remained as bright and vivid as when they were first done. The lower parts of the gallery’s walls are clad in no fewer than 246 different types of wood brought back by North from her travels. Around the top of the walls is a gallery and high windows.

Individually the paintings are beautiful, rich with details and life; taken all together they are dazzling and overwhelming. Just as well there are a couple of benches in the hall, because you need to sit and take it all in – and then you can turn and examine the backs of the benches which are embellished by groups of Cinemascopic landscapes. 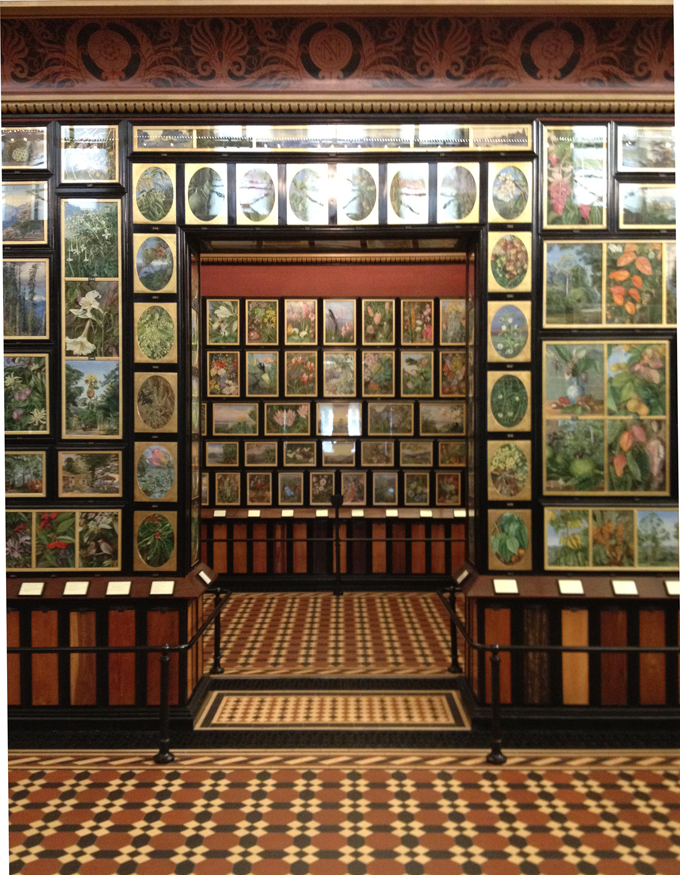 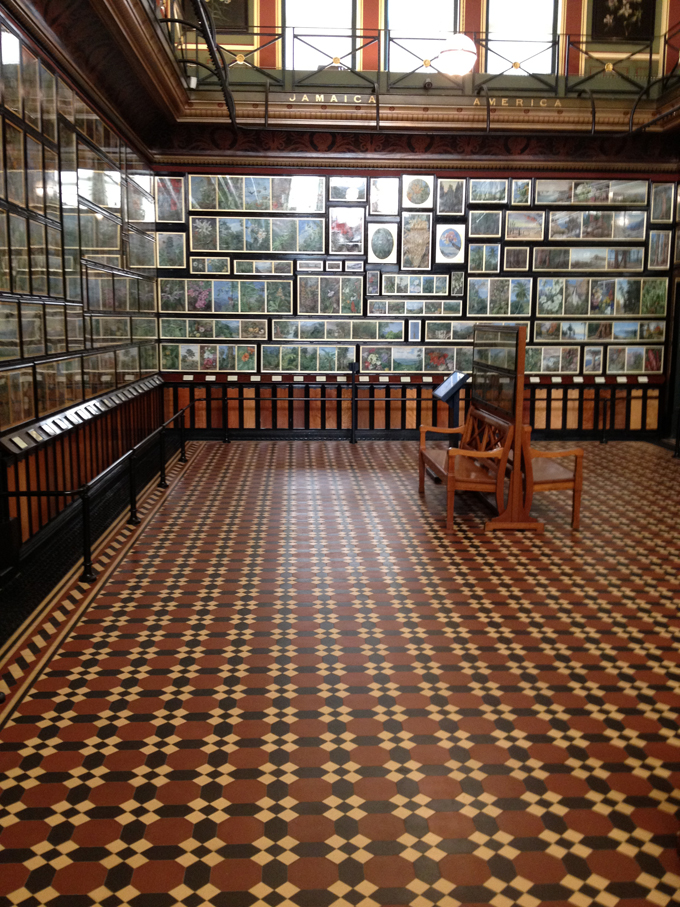 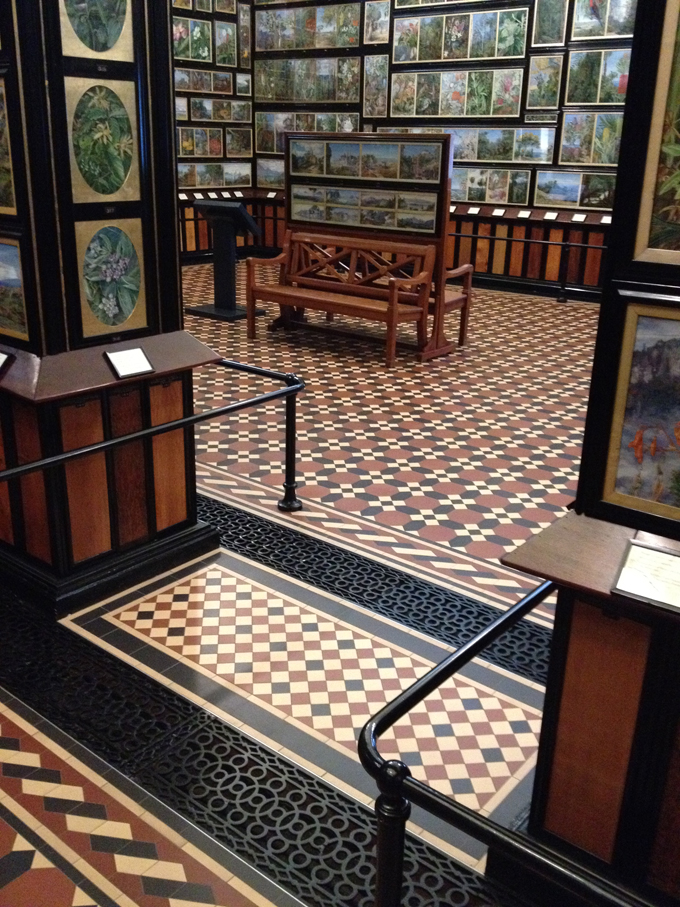 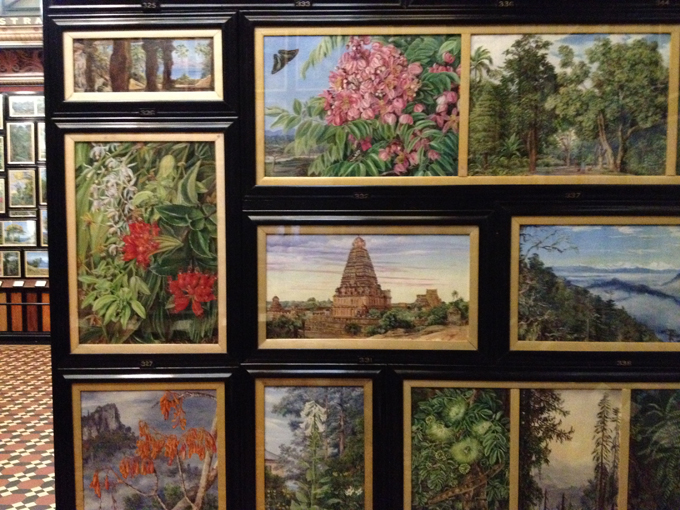 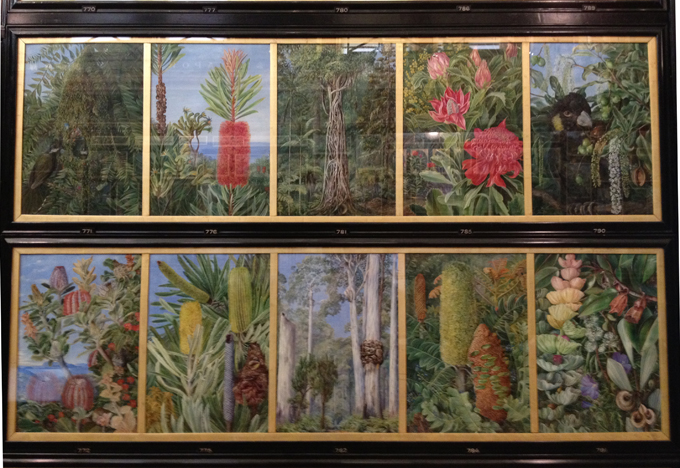 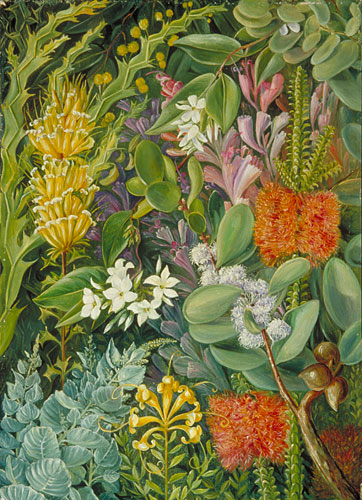 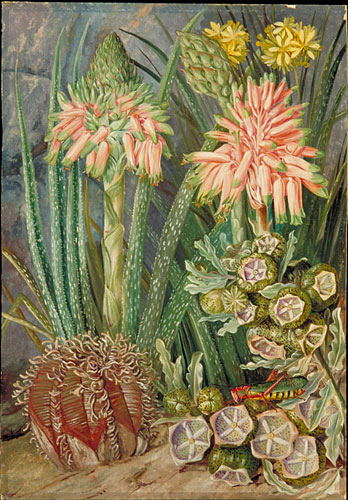 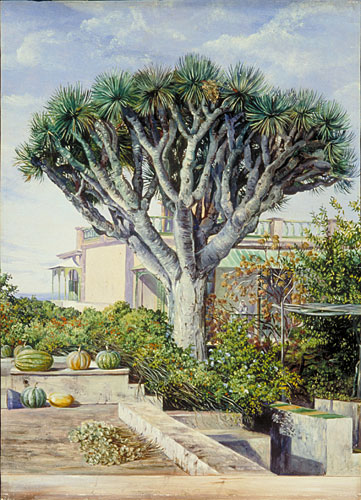 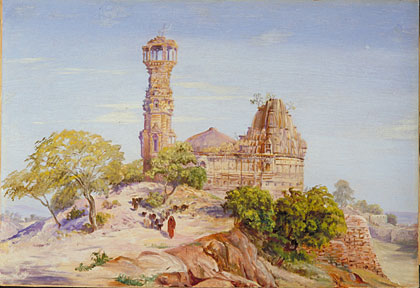 You can see more paintings at Kew’s online gallery. Alternatively, if you happen to be in London and have a liking for Victorian art and architecture, or a passion for travel and exploration, or are just partial to a bit of full-on willful eccentricity, then go along and see the Marianne North Gallery at Kew for yourself.

2 Responses to How did I not know about the Marianne North Gallery?