In the early years of the 20th century, several of Egypt’s leading hotels produced promotional booklets. I have a few of them, all of which must have been produced by the same company as they all follow the same format, of card covers showing a painted Oriental scene in a decorative border, and inside 16 pages of useful information, images and ads. I put the covers of a couple in Grand Hotels of Egypt, but the best example of all I acquired only after the book had gone to print. This is a promotional booklet for Shepheard’s, and it is so fascinating I’m posting scans of all its pages below. As far as I can tell, the booklet dates from around 1910 – it isn’t dated but it does carry ads for sister hotel the Semiramis, completed in 1907, and something called the New Ghezireh Palace, announced as opening in December 1913, but which, in fact, was never built.

Interesting to see that as far back as a century ago, the hotel business was already firmly grounded in hyperbole: page five reads, ‘The entrance hall is an absolute true copy of the Temples of Karnak and Philae’ – not likely given Karnak extends over several square miles, and never had columns supporting staircases or statues of topless women holding electric lanterns above their heads (as seen in the picture on page three). Also interesting is the information that ‘Every department of the Hotel and the accessories attached thereto are periodically and thoroughly cleaned by the Vacuum process’. Who knew they had Hoovers over a century ago? 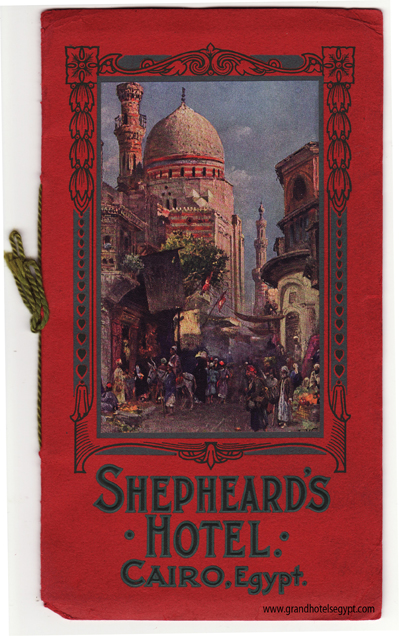 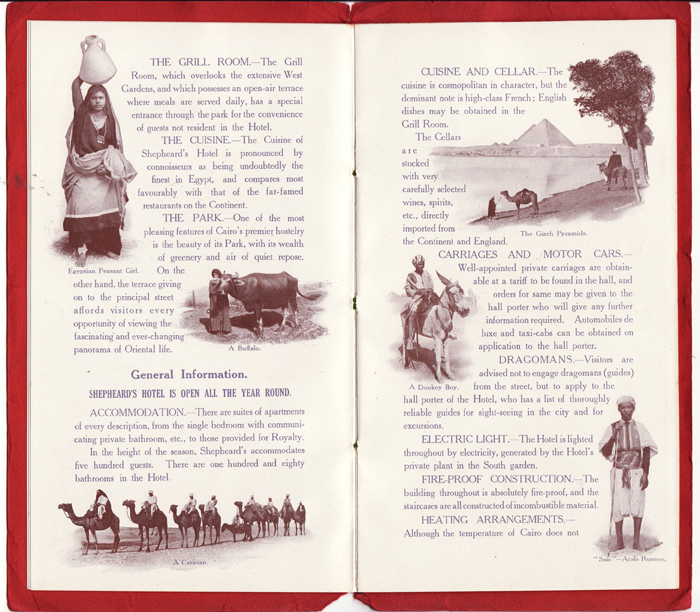 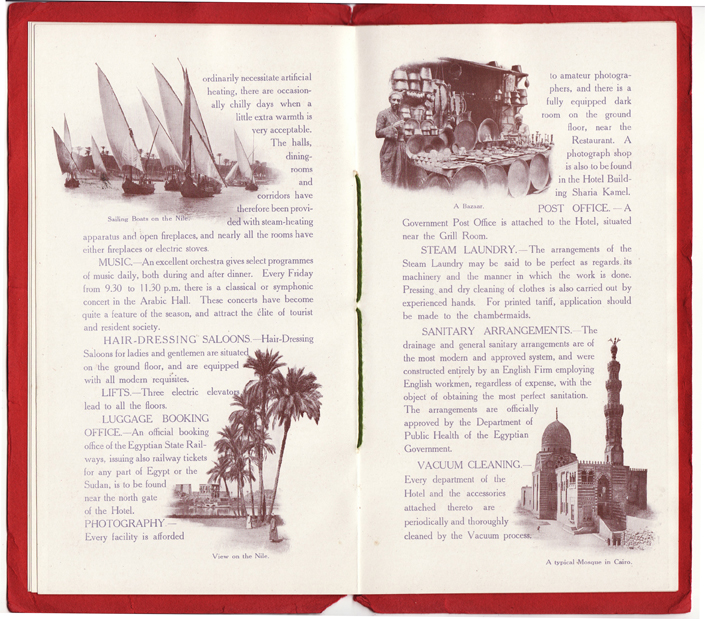 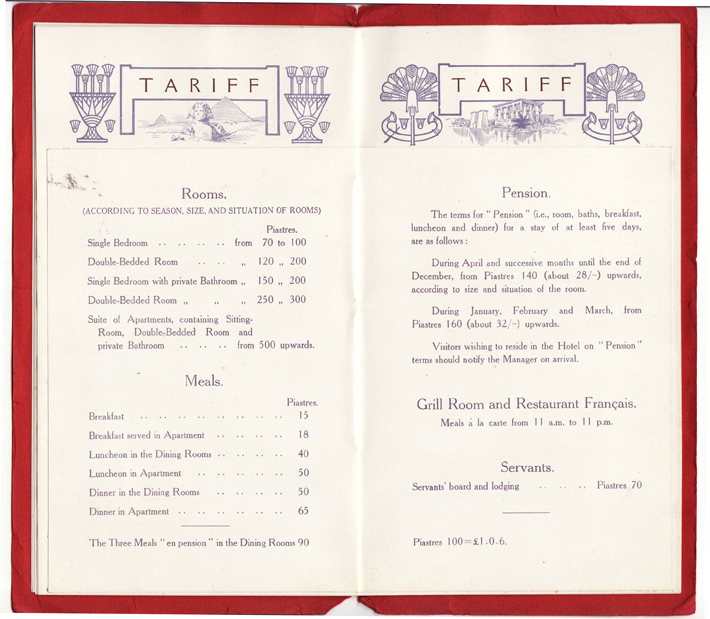 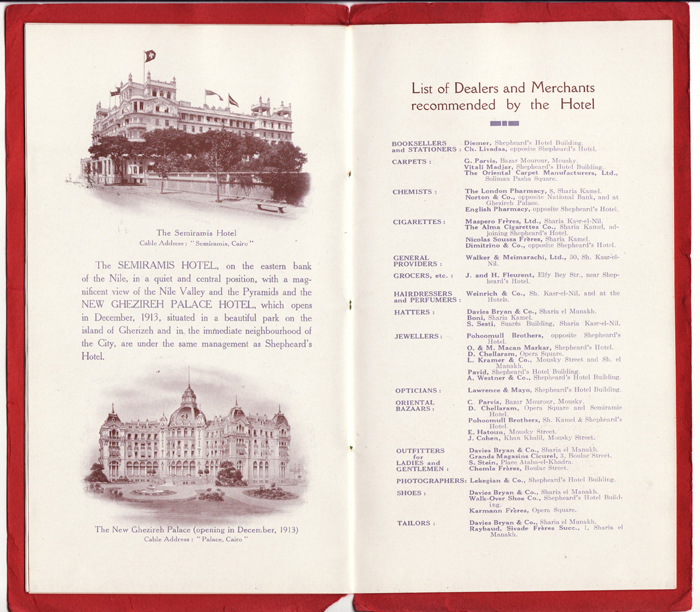 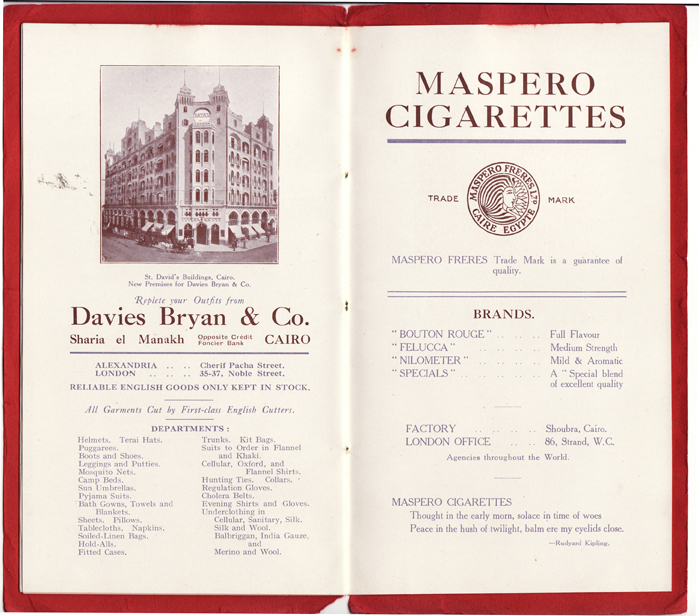 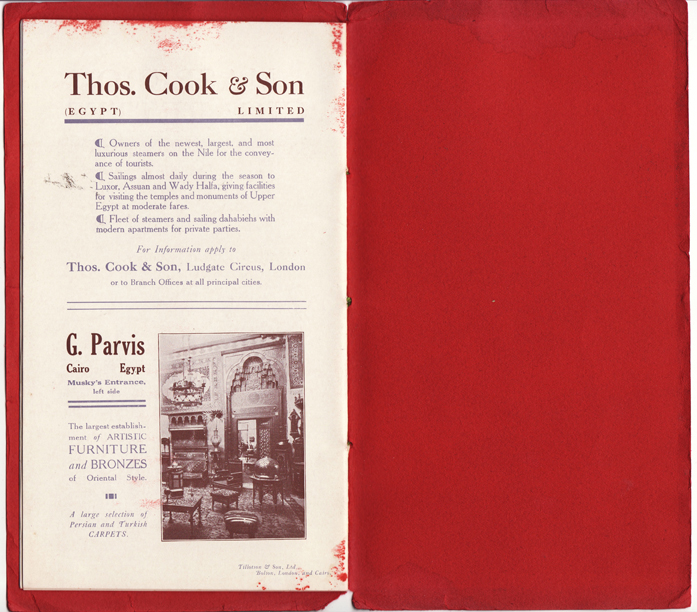