Ingrid and the sphinx

Following on from previous posts of glamorous women hanging out with the sphinxes on London’s Embankment (here and here), here’s a fabulous publicity shot of Cary Grant and Ingrid Bergman, taken to promote the movie Indiscreet (1958). Courtesy of @JohnJJohnson

Sophia and the sphinx 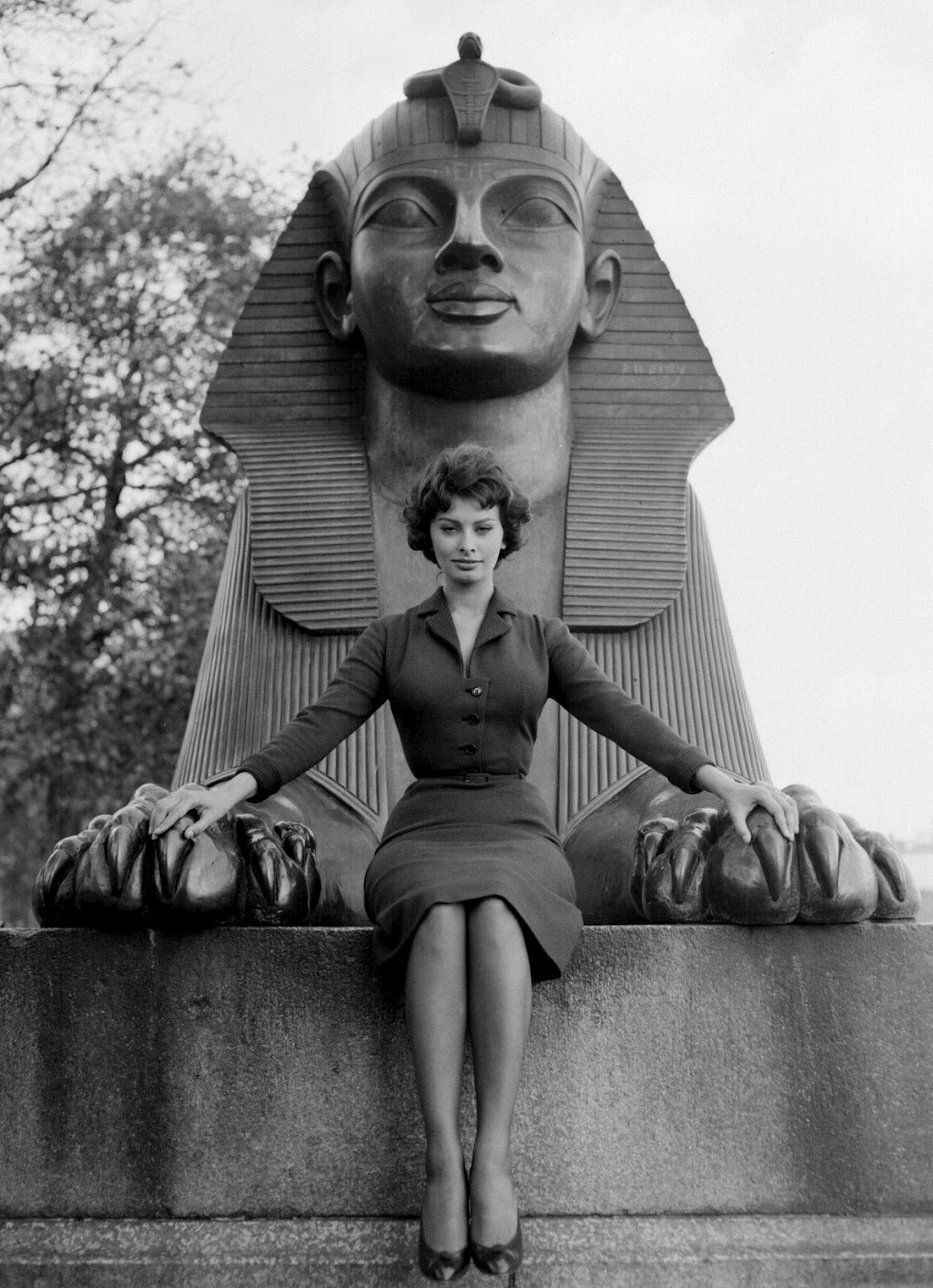 I don’t know what the background to this image is, I just chanced on it today while doing some internet research. The only information on the site where I found the photo was that it was taken possibly in 1954. That’s the same year Two Nights with Cleopatra was released with Loren as Cleo, and the year after her first big break, playing the title role in Aida. Hence, probably, the sphinx. What I can add is the location – that’s one of the pair of sphinxes that flank the obelisk on London’s Thames Embankment. I should know, I pass it a couple of times a week heading to or from Waterloo station. So what, you might ask, is the relevance to the grand hotels of Egypt. None at all. It’s just Sophia Loren and a sphinx. Isn’t that reason enough?