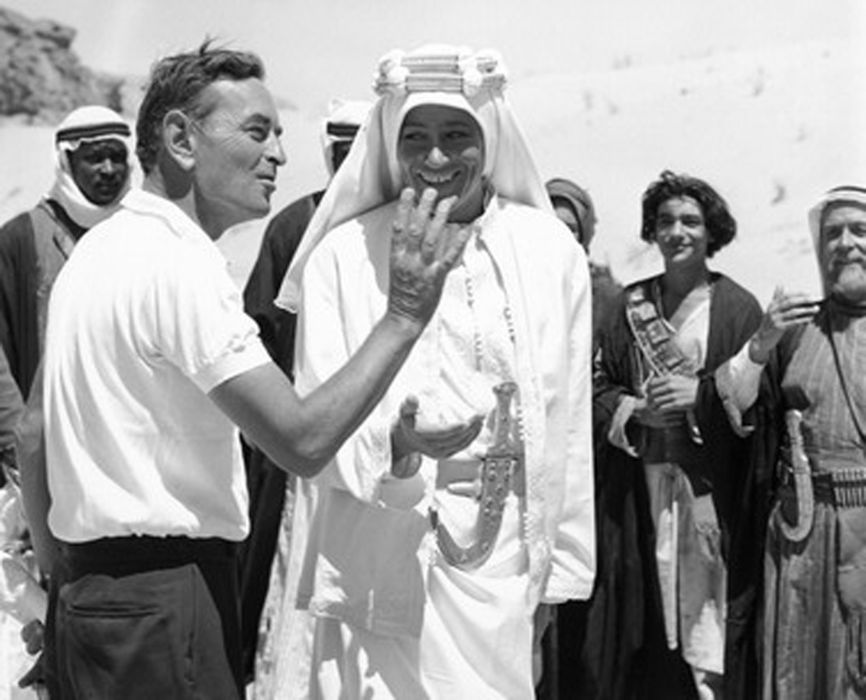 David Lean’s Lawrence of Arabia is back in the cinemas in a new, digitally restored, 50th anniversary edition (the film was first released in the UK on 10 December 1962). I’m looking forward to watching it again on a big screen, because that’s really the only way to see it. It’s unlikely any studio today could ever make a film like it again – 3hr 40 mins long and featuring a cast of hundreds charging across the sands on camels (no CGI back then). It is epic in every sense of the word.

The film’s most closely associated with Jordan, which is where much of the action takes place, and the whole thing was originally planned to be shot there. Cost and illness, however, resulted in much of the filming being done elsewhere – the show-stopping scene of the Arab charge on Aqaba was restaged in a dry river bed in southern Spain. While the production was in Jordan, King Hussein visited the set several times and met a 21-year-old English switchboard operator named Toni Gardner. She became the king’s second wife, taking the name Princess Muna al-Hussein and bearing him four children, the first of whom was Abdullah, the present king of Jordan.

In Lean’s film Spain also stands in for Cairo. The Cairo officers’ club where a haggard Lawrence marches in in Bedouin dress accompanied by his young Bedouin guide to announce, “We want two large glasses of lemonade” – and by the way, “We’ve taken Aqaba” – is played by the Plaza de España in Seville. I’ve no idea whether such a scene ever took place in reality (I’ve never been able to get beyond the first few pages of Seven Pillars of Wisdom) but, if it had, chances are it would have in fact taken place in the bar of Cairo’s Savoy Hotel.

The man who would become ‘Lawrence of Arabia’ arrived in Egypt in mid-December 1914. Formerly a practicing archaeologist with extensive experience of the Middle East, he had been posted to the Military Intelligence Department in Cairo where he became, among other things, an expert on Arab nationalist movements. He was given an ofﬁce at the Savoy, a hotel on what’s now Talaat Harb Square, which had opened in 1898 but since the outbreak of World War I had been serving as the headquarters of the British Army in Egypt. 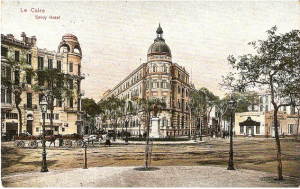 Initially, his job involved drawing and overseeing the drawing of maps, coding and decoding telegrams, interviewing prisoners and writing reports. For the first year he was billeted at the Grand Continental on Opera Square but in December 1915 he moved into rooms at the Savoy. He didn’t care for Cairo much: “Anything fouler than the town buildings, or its beastly people, can’t be,” he wrote home, although he found some pleasure in Groppi’s garden café, which lay between the two hotels (it’s still there today) and where he liked to stop off for an iced coffee and chocolate when the weather wasn’t too hot. 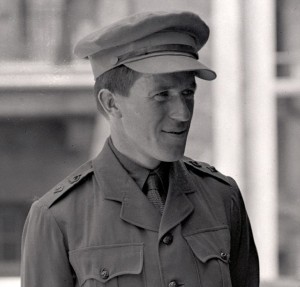 Before Lawrence took off for the desert and transformed himself into a legend, he launched his first fusillade in the Arab Revolt against the Ottoman Empire from his desk at the Savoy – by designing and printing postage stamps. Initial declarations of independence by the Arabs from the Turks were not being recognised, so – and how British is this? – it was decided that one sure proof of self rule would be having their own ‘Arab’ stamps. Take that you Turkish philatelists! Lawrence was tasked with the project. He spent time in the Islamic Museum in Cairo researching suitable motifs, then drew up the designs himself and oversaw the issue from start to finish. 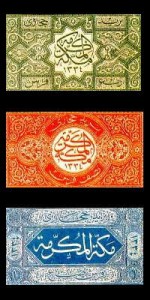 Three of the stamps designed by Lawrence

How much better would David Lean’s film have been had he included a dramatic stamp designing sequence?