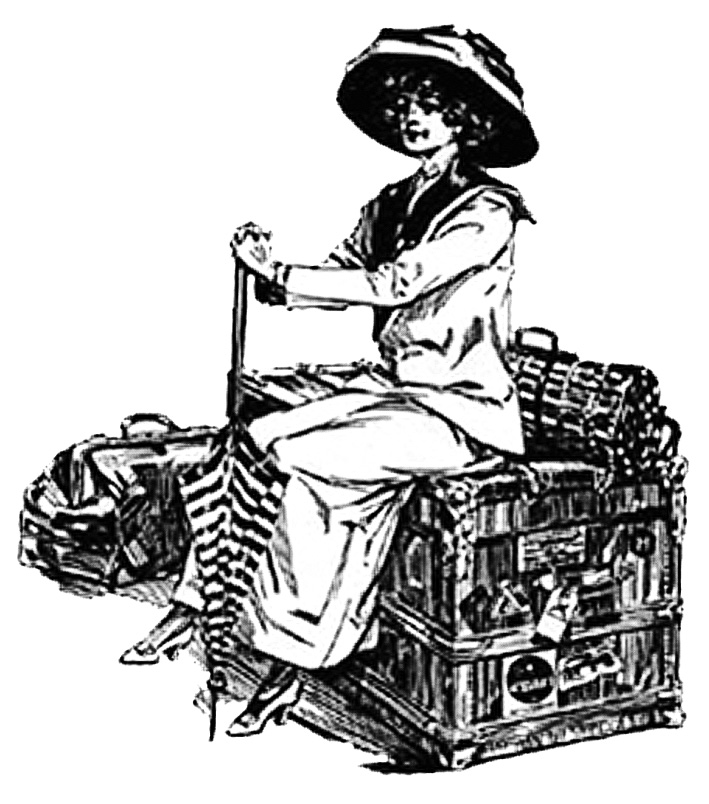 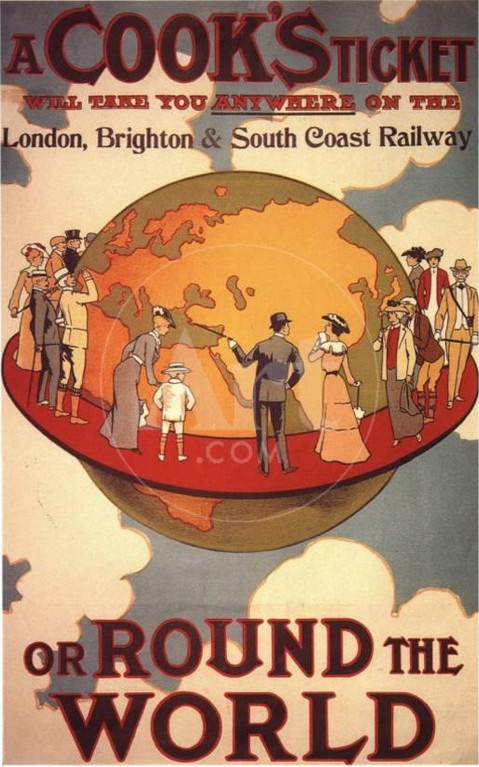 I was at the Thomas Cook Archives in Peterborough, 45 minutes north of London, recently, doing some last-minute picture research for my forthcoming Nile steamers book. I came across the images below, of a dahabiya against a low-rise river bank of what look like villas. I couldn’t identify where it was at first until I noticed in the background of the top image the distinctive silhouette of the Citadel (click on the pics to enlarge). So Cairo then. And then I noticed on the extreme left of the middle picture a familiar building: it’s the old Semiramis hotel. So this is Garden City, some time post 1907. The building on the right in the bottom picture is the British Residence, now the embassy. But what is the building in the middle, anyone know? 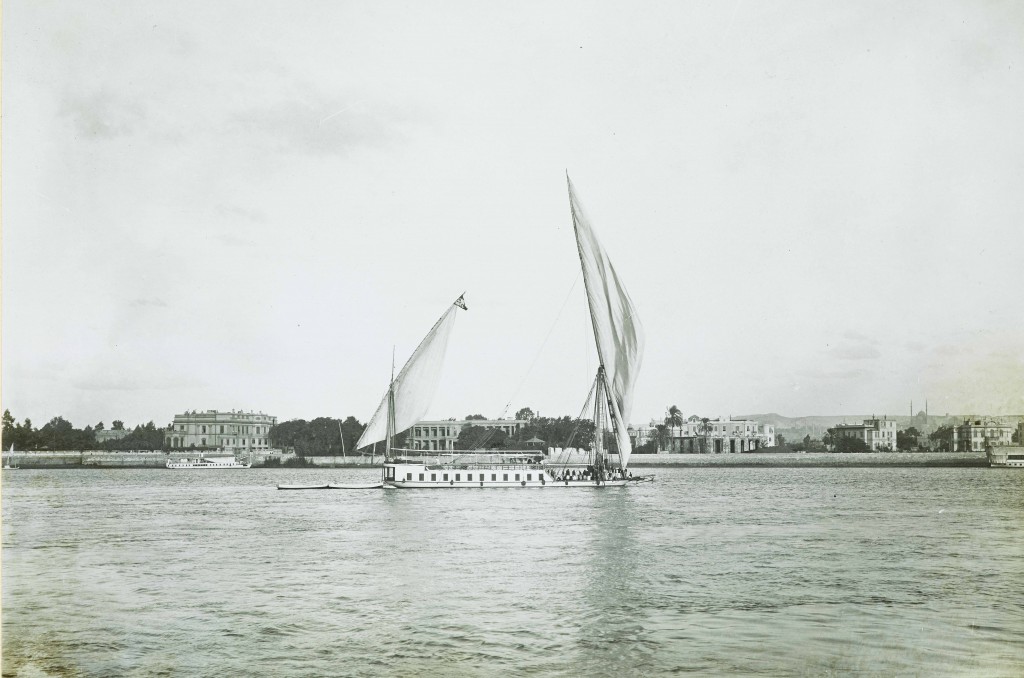 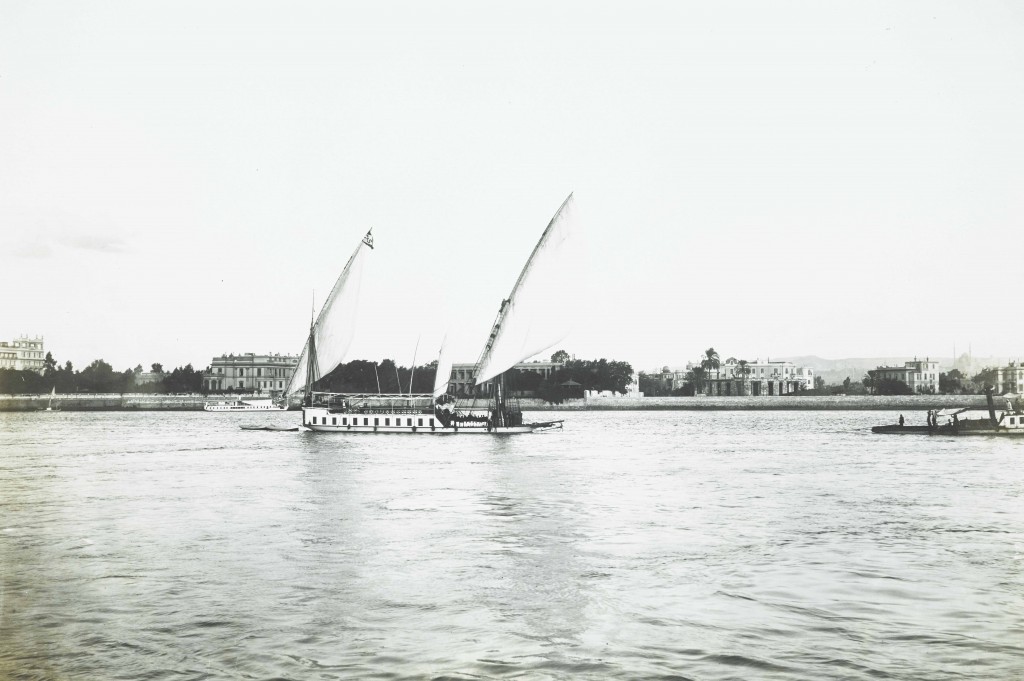 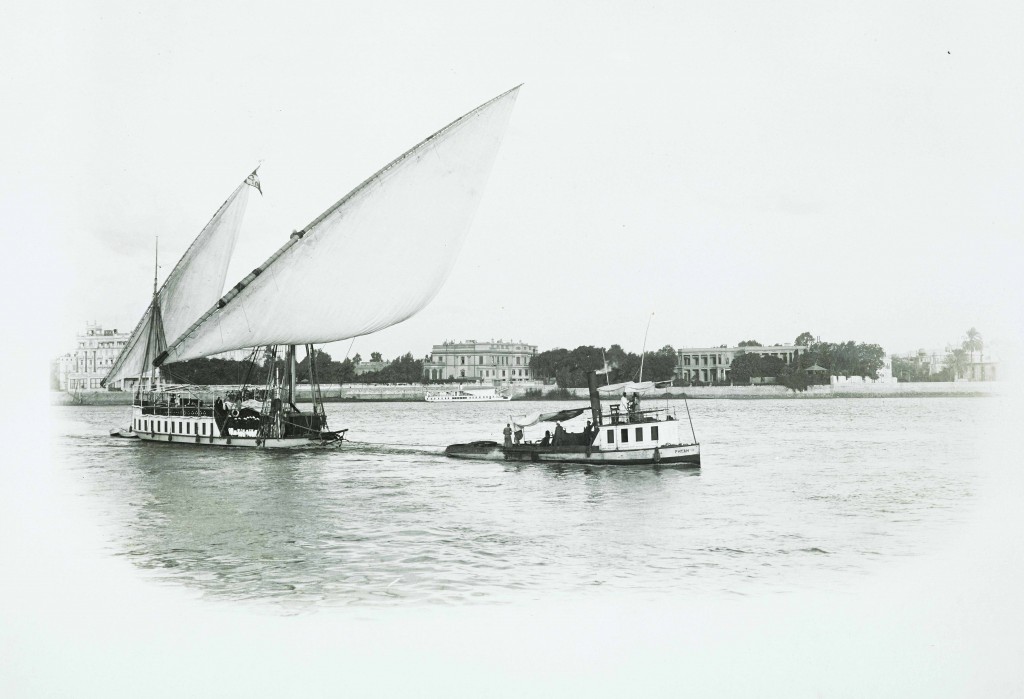