When steam replaced sail on the Nile 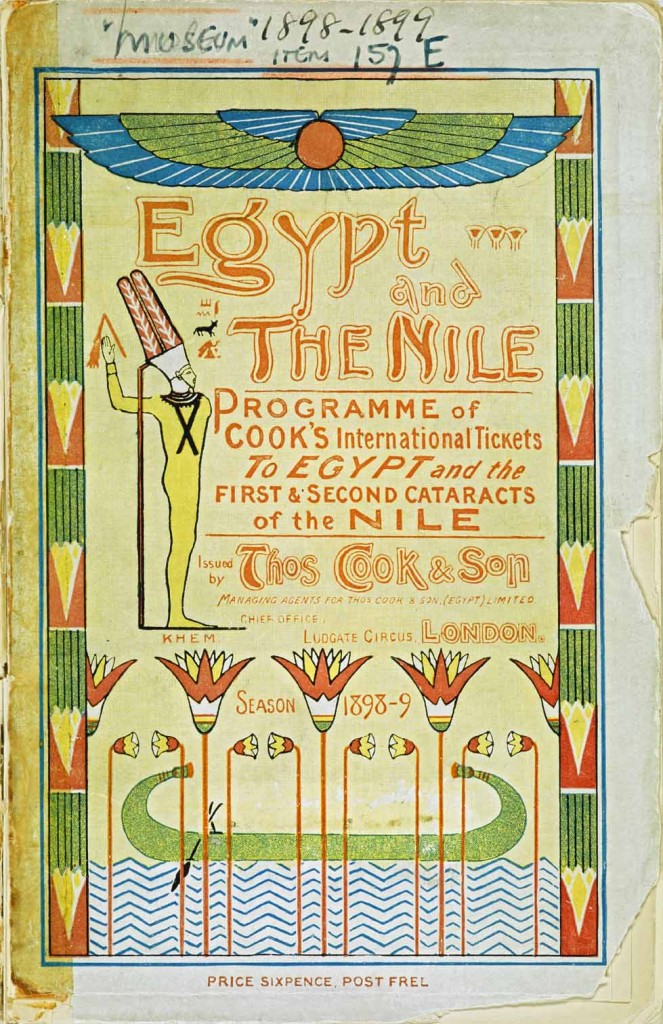 In 1888 Cook & Son’s seasonal Egypt and the Nile brochure opened with an apology: “It will be known to all who have watched the course of events in Egypt, that from the season 1883-84 until the past season of 1886-87, we have not been in the position to justify us announcing a regular tourist steamboat service on the Nile.”

The reason for this was that Cook’s fleet of Nile steamers had been requisitioned by the British Army to transport its troops up to Khartoum in a doomed attempt to rescue Major General Charles Gordon and his besieged forces. The boats were ruined in the attempt. Cook & Son sued for recompense and in 1887 was able to commence the launch of a wholly new, purpose-built fleet of paddle steamers, built to order and custom-fitted for Nile service.

The first two boats were ordered from Fairfield Govan of Glasgow. The design of the boats was based on the American river steamers, with upper, main and lower decks, and side-mounted paddlewheels. The completed hulls and engines were delivered in sections to Egypt in the second half of 1886, and assembled in Cairo, where Cook & Son had its own boatyards at Bulaq. These first vessels were an almost identical pair, the Tewfik and Prince Abbas, which made their trials on the Nile in October 1886. 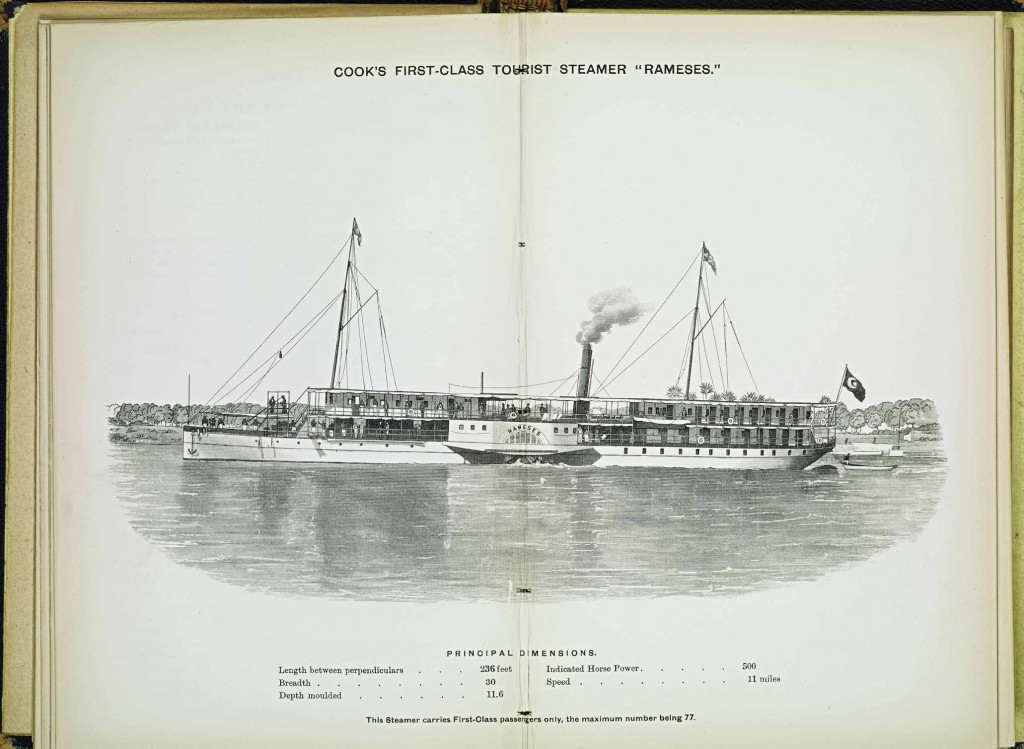 At around the same time, two additional steamers were ordered from France. These were the Rameses and Prince Mohammed Ali, which were towed across the Mediterranean to Damietta and up the Nile to Cairo. 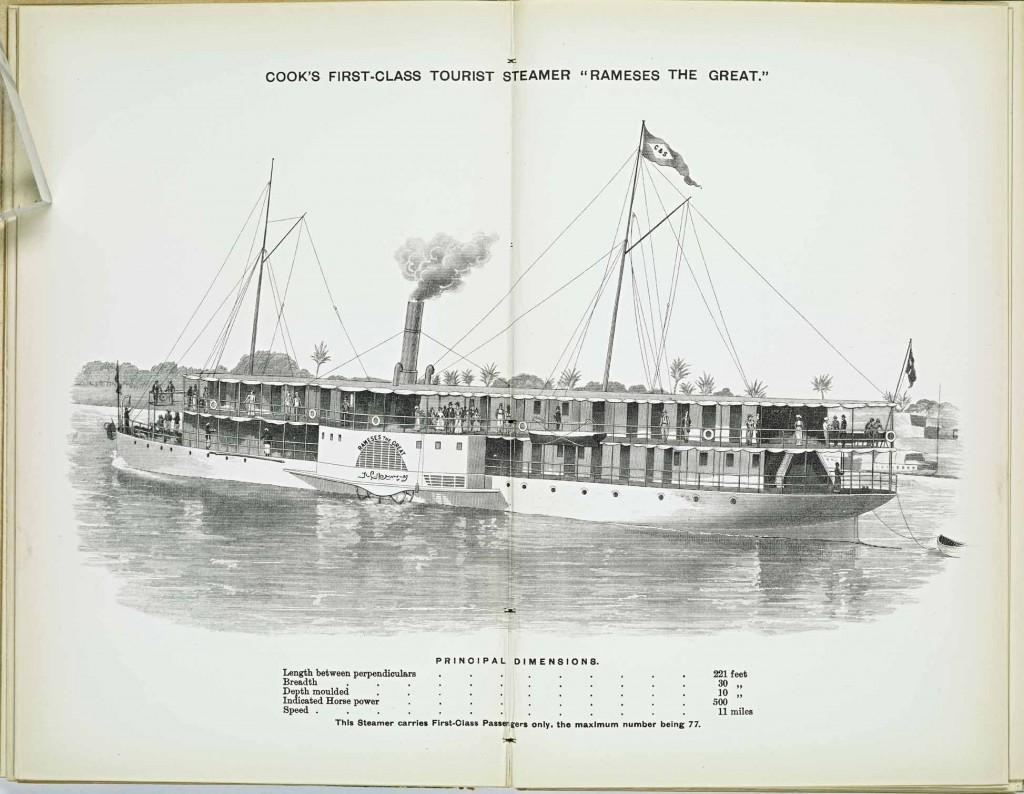 In November 1889, a further Fairfield boat, the Rameses the Great, was delivered. It made its maiden Nile voyage in January 1890 with African explorer Henry Morton Stanley on board. Business was so good, two seasons later Cook & Son commissioned yet another steamer. This was the Rameses III, launched into regular service on 17th January 1893.

There were also four smaller, less lavish steamers that were built for use on a “Cheap Express Service”: the Amenartas, Cleopatra, Hatasoo and Nefertari. To prove their “express” credentials, in November 1888 the Cleopatra completed the run from Cairo to Aswan and back, a distance of 1,200 miles in 122 hours, faster than anyone had ever done it before. The Express service ran Asyut–Aswan–Asyut, where it connected with the Cairo train. It was for travellers who wanted to spend less time and money on seeing the Nile. It only made short stops en route, including just a few hours at Qena, Luxor and Edfu. 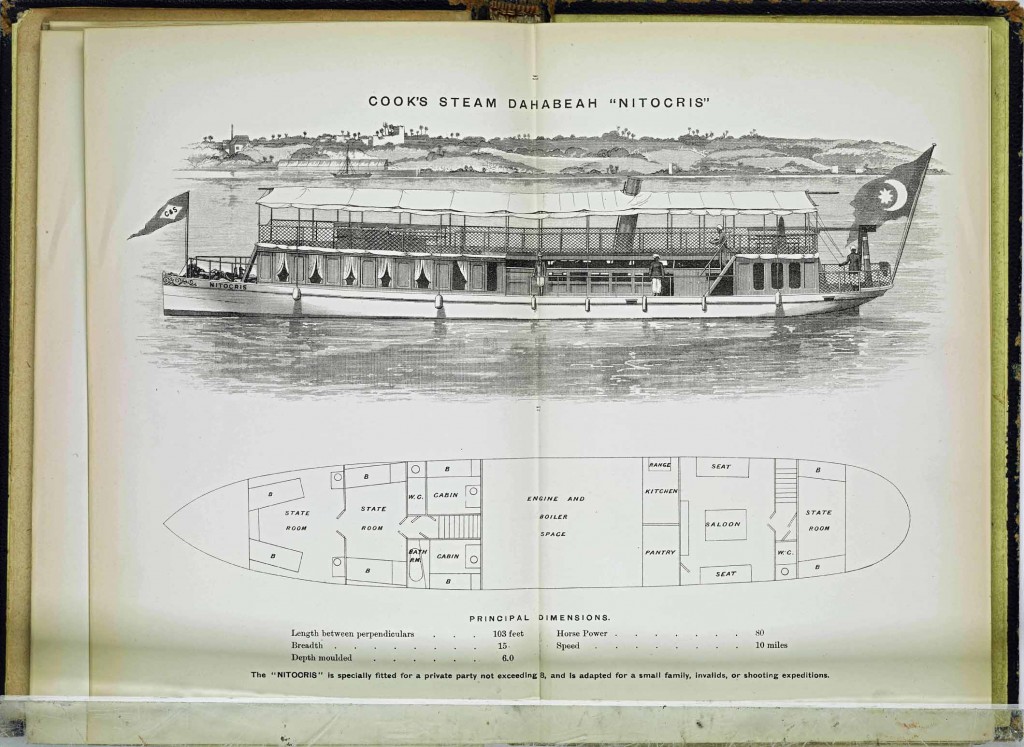 Another purchase was a small steam launch, a boat suitable for a party of not more than eight. This was named Nitocris and was used for private hires (one client was Conan Doyle, creator of Sherlock Holmes, who sailed the Nile in January 1896). The company also retained a small fleet of dahabiyas, which were also used for private hire.

At a speech to mark the launch of Rameses III, head of the company John Cook recalled that when he had made his first trip to the Nile in 1870, there had been only one passenger-carrying steamer and 136 dahabiyas; now there were fifteen steamers, all running under his ownership, and not more than thirty dahabiyas. (In the 21st century, the dahabiya has made a bit of a comeback, while there are no more than two or three working steamers.)

The beautiful drawings included here come from a Cook’s Egypt and the Nile brochure from the 1890s. They were cleaned up and reproduced in large format in my On the Nile book, which is, as far as I know, the first time they have ever been published. You need to double-click on them to appreciate the detail.

4 Responses to When steam replaced sail on the Nile