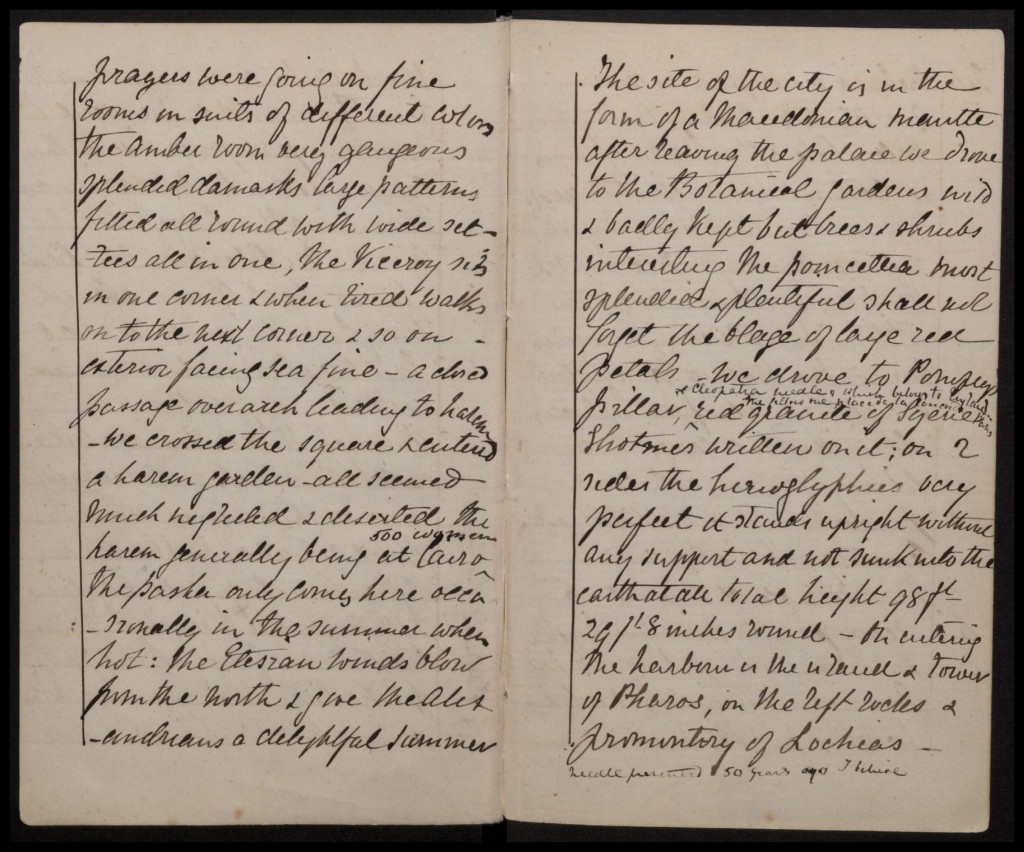 In January 1869, exactly 150 years ago, Miss Riggs joined Thomas Cook’s very first tour to Egypt and the Holy Land. Travelling overland, the journey would take three months, there and back. Miss Riggs kept a diary of her adventure and I am going to be posting from it over the coming weeks. This is day twelve. Or maybe not – I’ll explain below.

The site of the city is in the form of a Macedonian mantle. After leaving the palace we drove to the Botanical gardens – wild and badly kept but trees and shrubs interesting, the poincettia most splendid and plentiful – shall not forget the blaze of large red petals. We drove to Pompey’s Pillar (“Cleopatra’s Needle”, which belongs to England, the fellow one Place de la Concorde, Paris) – red granite; on 2 sides the hieroglyphics very perfect. It stands upright without any support and not sunk into the earth at all. Total height 98 ft. 29 ft, 8 inches round. On entering the harbour is the island and tower of Pharos, on the left rocks and promontory of Lochias. Below a secret port called Antirrhodus – Anthony built a palace here after his misfortunes at Actiuno. Did not see the library celebrated by the Ptolemics … Passed through a Mohammedan Cemetery or burial ground. Back to table d’hote at 6.

There is confusion in the diary here because there is no entry for 5 Feb, just a very long entry for 4 Feb. Maybe Miss Riggs spent all the day of the fifth in bed? So the sightseeing described above may have taken place on the fourth, the day of the party’s arrival in Alexandria. After arriving at their hotel, our travellers had lunch then immediately went to visit the Khedive’s palace at Ras al-Tin. From there they went on to the botanical gardens, which most likely were the Antoniadis Gardens, founded just a few years before in 1860. 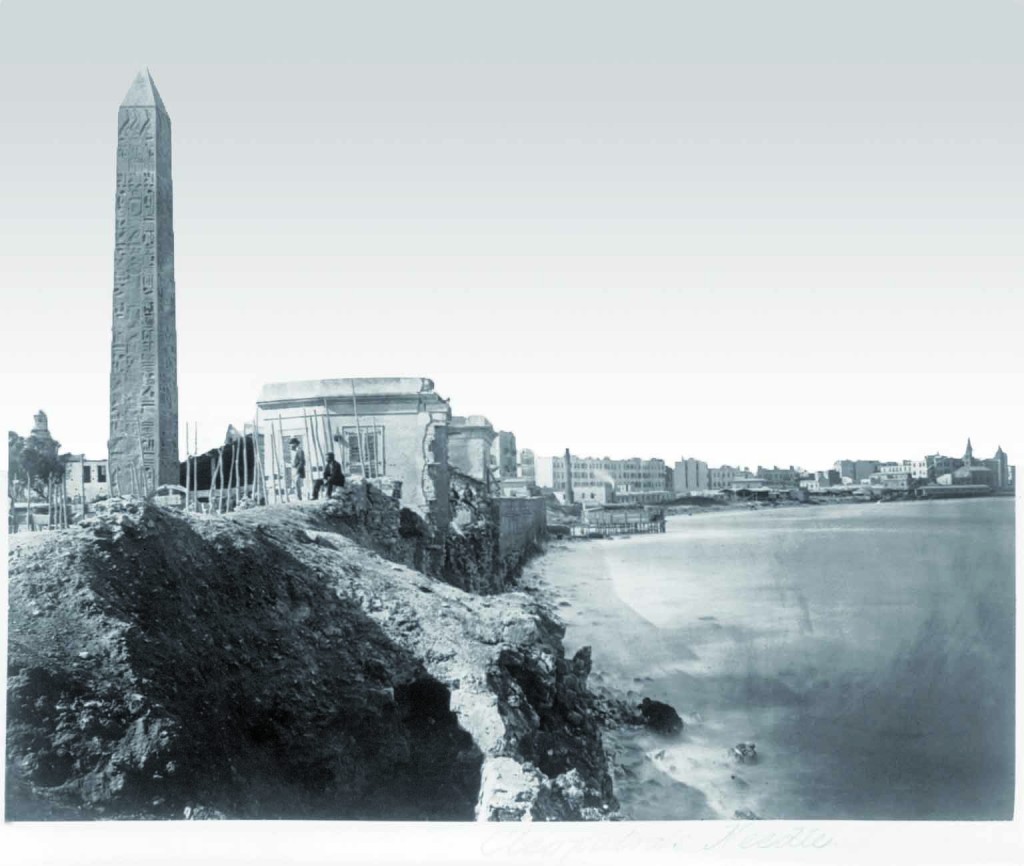 The comment about the “Macedonian mantle” comes from John Gardner Wilkinson, who described the plan of Alexandria in this way (ie the shape of a cloak) in his Hand-book for Travellers in Egypt, first published by John Murray in 1847, with a new, third edition issued in 1867. If Miss Riggs was carrying Wilkinson’s guide she was not paying it much attention. If she had read him, she would understand that Pompey’s Pillar and Cleopatra’s Needle are not the same thing; that the obelisk gifted to England was the one lying in the sand, not the standing one; and that the party missed seeing the famous library because it vanished around 1,500 years previously. Bloody tourists.