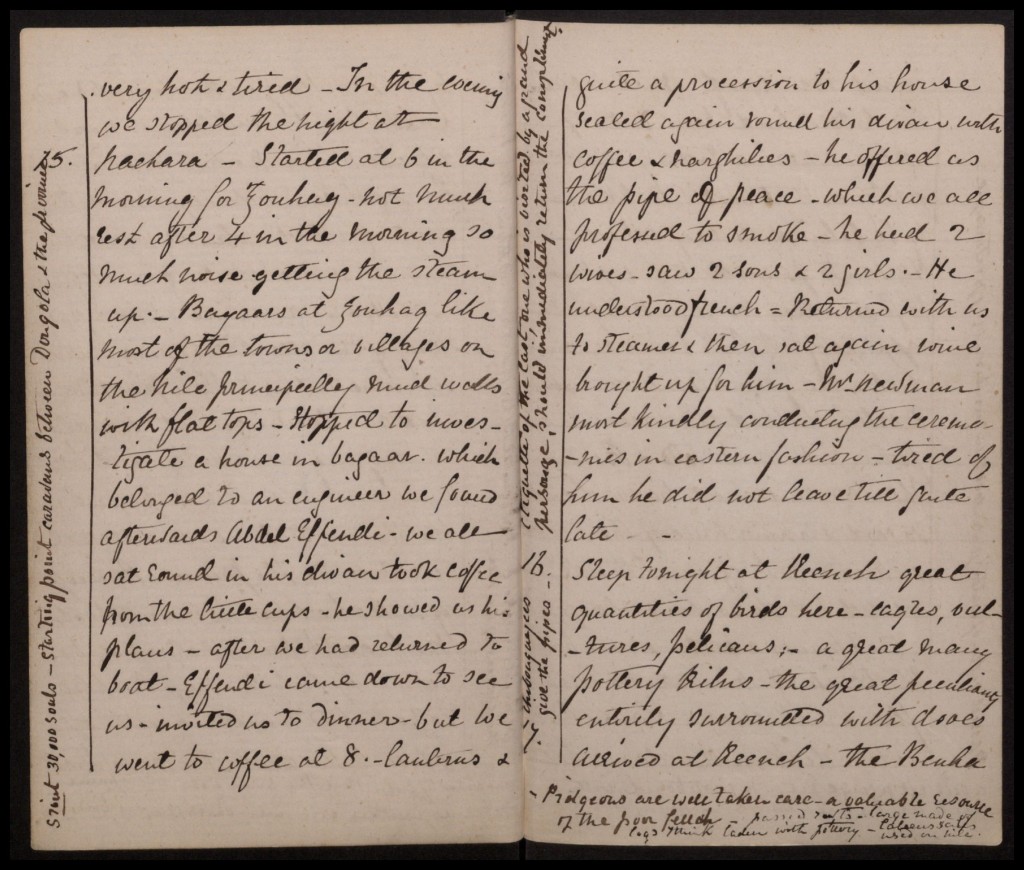 In January 1869, exactly 150 years ago, Miss Riggs joined Thomas Cook’s very first tour to Egypt and the Holy Land. Travelling overland, the journey would take three months, there and back. Miss Riggs kept a diary of her adventure and I am going to be posting from it over the coming weeks. This is day twenty-two.

Monday, 15 February
Started again at 6 in the morning for Zouhag – not much rest after 4 in the morning, so much noise getting the steam up. Bazaars at Zouhag like most of the towns or villages on the Nile, principally mud walls with flat tops. Stopped to investigate a house in bazaar which belonged to an engineer we found afterwards – Abdel Effendi. We all sat around his divan, took coffee from the little cups – he showed us his plans. After we had returned to the boat, Effendi came down to see us. Invited us to dinner but we went to coffee at 8 – lanterns and quite a procession to his house. Seated again around his divan with coffee and narghilies … Returned with us to steamer, then sat again – wine brought up for him: tired of him – he did not leave until quite late.

Poor Abdel Effendi, he entertains a boatload of strangers then is dismissed as ‘tiresome’. I’m taking a dislike Miss Riggs.