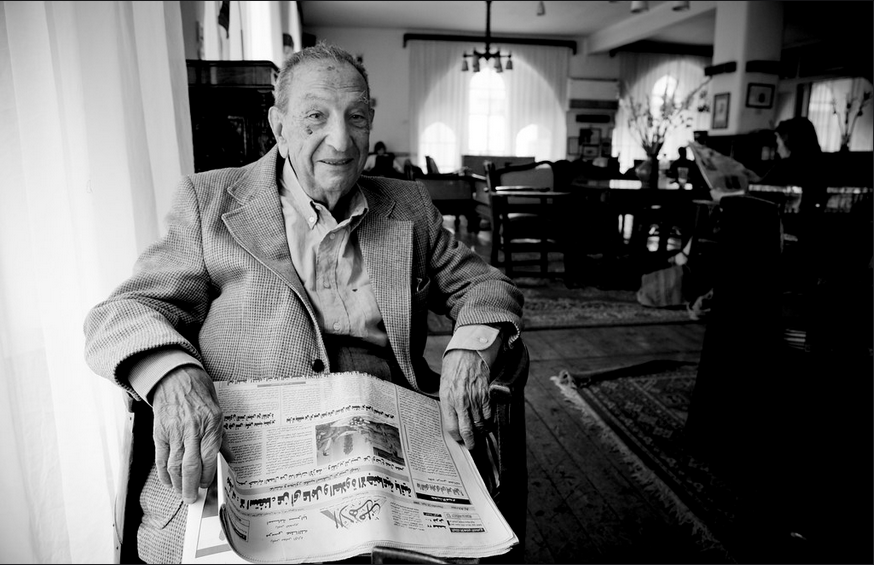 Sad to hear recently of the death of William Doss, owner of the Windsor Hotel. He died on 30 January at the age of 105. I interviewed Mr Doss twice while researching Grand Hotels of Egypt and ever since I have continued to drop by the Windsor, where he lunched every afternoon with his children, to say hello. In recent years he was too frail for conversation, but when I interviewed him around ten years earlier he was full of terrific stories. As a young man he studied in England and he had brilliant recall of his time there. He bought himself a car and explored the country, and he could clearly remember where he visited, where he stayed and what it all cost, down to the penny. When it was time for him to return to Egypt he had the car – a stylish and sporty little thing, he told me – shipped with him to Port Said. But when the ship docked the car wouldn’t start and had to be towed. So, William made his grand return home in a sports car pulled through the streets by a donkey. He was a living link to the era of the grand hotels of Egypt and Cairo will feel diminished for his passing. My best wishes go to his children Wafik, Wasfi and Marileez, and their families. Photo of William Doss by Hossam el-Hamalawy