The Gayer-Anderson Museum (and its departed cat) 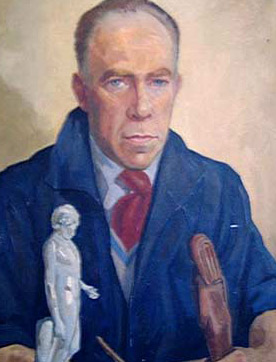 Earlier this year I had a piece published in Canvas, the magazine of Middle Eastern art, about the Gayer-Anderson Museum in Cairo. It’s one of the most fantastic places I know and I go back every few years just to reassure myself that it really exists.

The museum is named for a British Army doctor who came to Cairo in 1906. From his lodgings at Shepheard’s Hotel, he set one day, accompanied by a dragoman, to see the sights and one of the places he visited was the great ninth-century mosque of Ahmed Ibn Tulun. As he approached he stopped to admire a fine stone-built house that stood either side of the passage leading to the main door of the mosque, its two parts connected by an aerial bridge. A woman leaned out of one of the latticed windows on the upper floor and called to him.

“What does she say?” he asked his dragoman.

“She’s inviting you to view the house.”

The Englishman declined and went on into the mosque. Despite remaining in Cairo for the rest of his working life, it would be almost a further 30 years before John Gayer-Anderson got round to venturing inside the house. When he did, he immediately fell love with the place, and within the year he’d taken possession of it and made it his home.

He only lived there for seven years (1935-42) but in that time he created something so unique that it has been preserved in his name ever since. To begin with the house – actually two houses – is extraordinary, medieval in origin and laid out like an interlocking puzzle, full of jogging corridors, split level chambers, winding staircases and disguised rooms. All this Gayer-Anderson meticulously restored. He had a passion for Egyptology and Oriental studies, and he purchased or otherwise obtained a vast array of art, crafts, furniture and fittings from around the Middle East, Near East and Far East, which he installed in his Cairo home. So you have a Damascus Room with walls and ceiling covered with painted wooden panels acquired from a 17th-century house in the Syrian capital. You have rooms full of pharaonic antiquities. The roof terrace has its edges fenced by mashrabiya screens rescued from demolished houses, while one wall is lined with Ottoman-era marble basins and sink backs. Elsewhere there are Coptic icons, Sufi crutches from the 19th century, galleries of bad art (the portrait of Gayer-Anderson at the head of this post is one of the better pieces), death masks of his family and, a personal favourite, an ostrich egg painted with topographical scenes of Egypt, which can be rotated by means of a little handle on top. 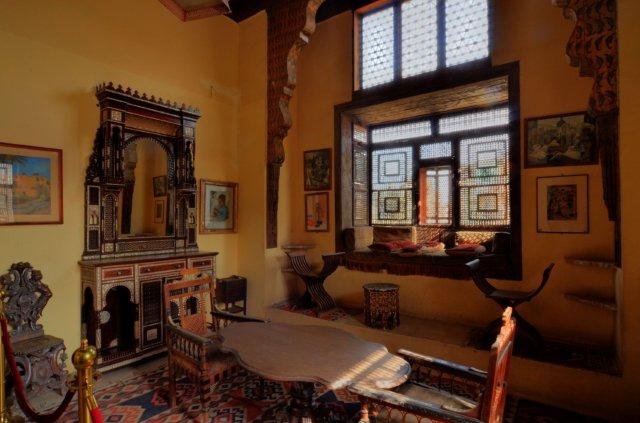 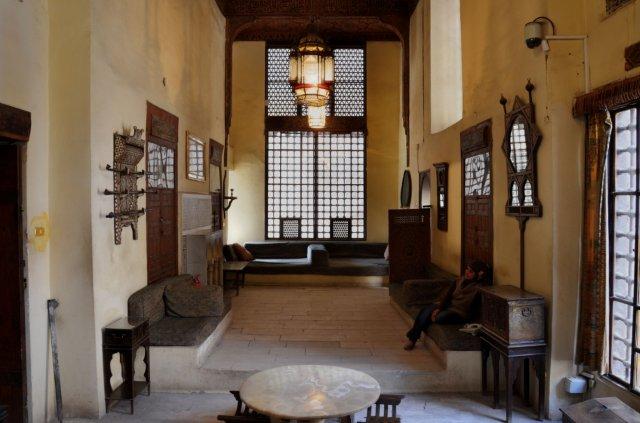 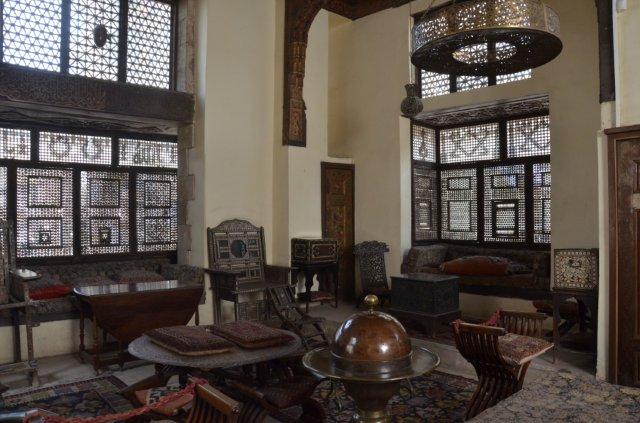 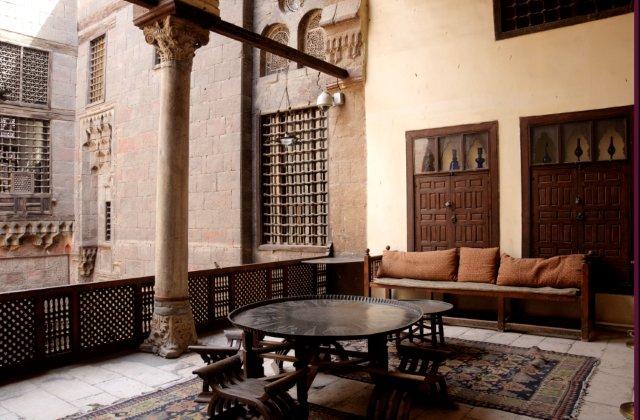 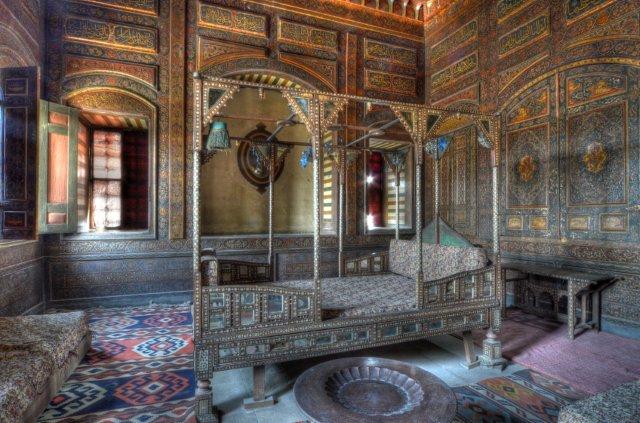 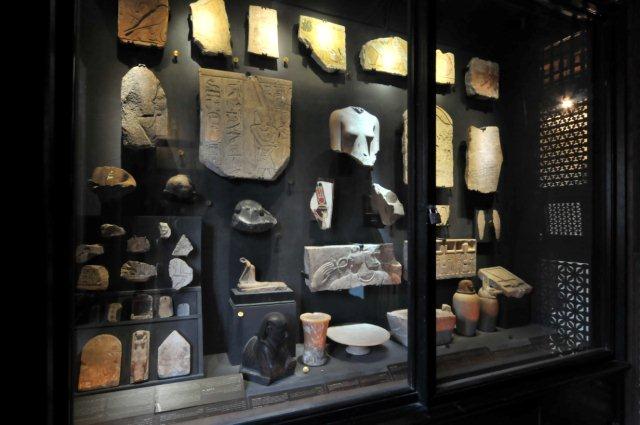 He collected what pleased him, more taken with novelty than value. The exception to this was one piece of real worth: this was a lifesize, regal-looking cat cast in bronze wearing gold earrings and a gold nose ring, discovered in the necropolis of Saqqara and dating back to around 600 BC. This he bequeathed to the British Museum in London, where these days it’s a prize exhibit – visitors can purchase ‘Gayer-Anderson cat’ T-shirts and necklaces, or a scale replica for the cool price of £450. Cairo’s Gayer-Anderson Museum, which receives fewer visitors in a year than the British Museum does in five minutes, also has to make do with a replica. 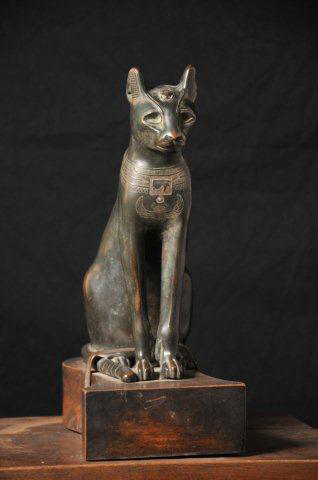 The photos here, which were taken to accompany my story in Canvas, are by Cairo-based photographer Barry Iverson.

Filed under Egyptologists and Egyptology, My journalism, Travellers' tales

2 Responses to The Gayer-Anderson Museum (and its departed cat)