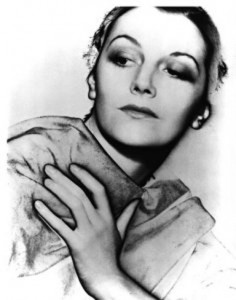 Like the protagonist in William Boyd’s novel Any Human Heart, whose life (beginning in 1906) maps the course of the 20th-century experience, over her 70 years Lee Miller (born 1907) made a habit of being in exactly the right place at exactly the right time. At age 19, she was stopped from stepping out in front of a car by a gent who turned out to be magazine-magnate Condé Nast and in double-quick time her face was on the cover of his flagship title, Vogue. She was the original supermodel in Jazz Age New York. At the age of 22 she went to Paris. It was the dawn of Surrealism and there she became pupil, lover and muse of Man Ray; she appeared in a film by Jean Cocteau, and got to know Charlie Chaplin, Salvador Dali and Pablo Picasso – the latter remained a lifelong friend. In France she moved from in front of the camera to behind and when she returned to New York it was to set herself up as a portrait photographer. For a while anyway, until in 1939 she moved to Britain where on the outbreak of World War II she embarked on a new career in photojournalism; working for Vogue she shot the London Blitz and the liberation of Paris, was one of the first correspondents into the death camps at Buchenwald and Dachau, and soaked in Hitler’s bathtub in fallen Berlin. After the war she covered fashion and celebrities for Vogue, before reinventing herself as a gourmet cook on a farm in the English countryside.

For me, given the choice, the right place and time would have to be the bar of Shepheard’s hotel in Cairo during the 1930s. Well, of course, Lee Miller was there too. In 1934, she married Egyptian businessman Aziz Eloui Bey in New York and moved to Cairo. The couple’s home was a villa in Zamalek, where Lee socialized with the frivolous ‘black satin and pearls’ set. They played tennis and gambled, and went out for cakes at Groppis (weight became increasingly a concern of Lee’s in Cairo) and for cocktails at Shepheard’s. Lee was an occasional guest of Baron Jean Empain at his Palais Hindou (what’s now known as the Baron’s Palace) up in Heliopolis. Something of a playboy, Baron Jean liked to surround himself with glamorous women, a description that certainly fitted Lee, although it was another American girl that really caught his eye: Rosezell Rowland, also known as Goldie, after a stage act that saw her strip naked apart from the gold paint that covered her body (pictured below). (In Feb 1937, the baron, worth a reputed US$10m took his burlesque beauty on safari to the Congo and married her there.) Lee, incidentally, also studied Arabic at the American University in Cairo, whose inhouse Press is the publisher of Grand Hotels.

By 1937 Lee was becoming increasingly frustrated with life as a woman in Egypt. Her answer was to behave like a man. She told an Egyptian friend: ‘If I need to pee, I pee in the road; if I have a letch for someone, I hop into bed with him’. It was this outlook that led her, in the company of her sister-in-law, to invade the Long Bar. Since its creation in 1890, Shepheard’s famed bar had been strictly men only. Lee may have been the first woman in nearly 40 years to have drunk there, which apparently she did on more than one occasion. One wonders how the conversation between her and barman Joe (see my earliest post) would have gone.

Portrait of Space, 1937 by Lee Miller

She never managed to adjust to formal society in Cairo and in 1939 she left Aziz to live in England picking up an affair begun a couple of years previously. Her time in Egypt did result in some fine images, notably a shot taken in Siwa called ‘Portrait of Space’; this image was chosen by the designers at Bloomsbury publishing house to grace the cover of the UK paperback release of Michael Ondaatje’s The English Patient, a novel which famously includes Shepheard’s hotel as a location for reckless infidelity. How apt.

For more on Lee Miller’s extraordinary life, read Carolyn Burke’s excellent Lee Miller: On Both Sides of the Camera.