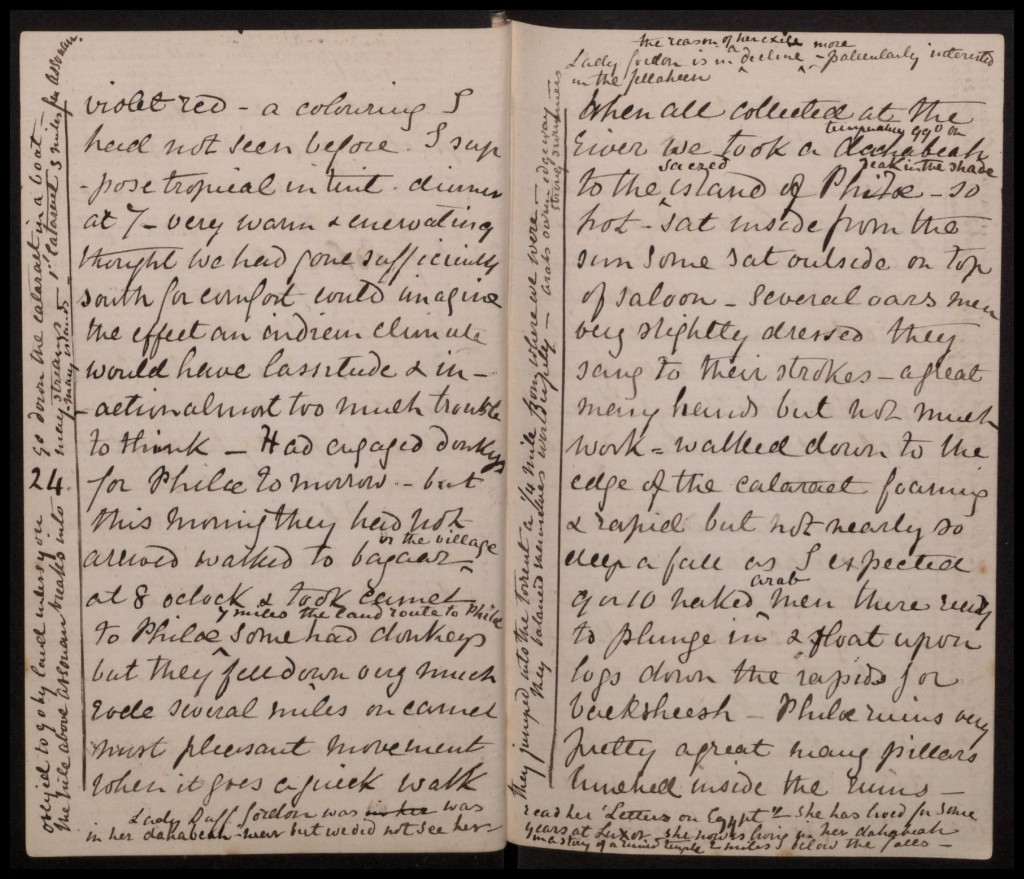 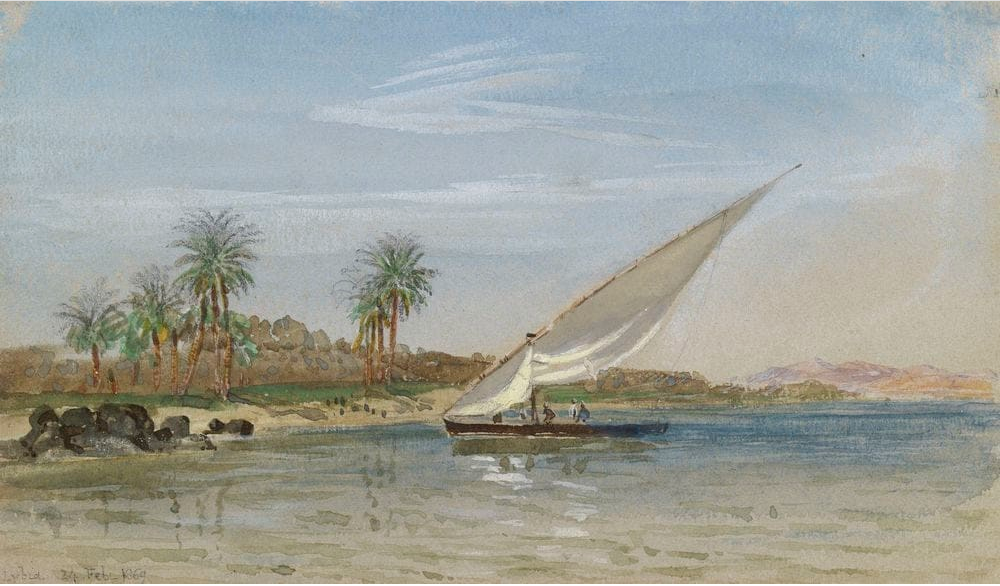 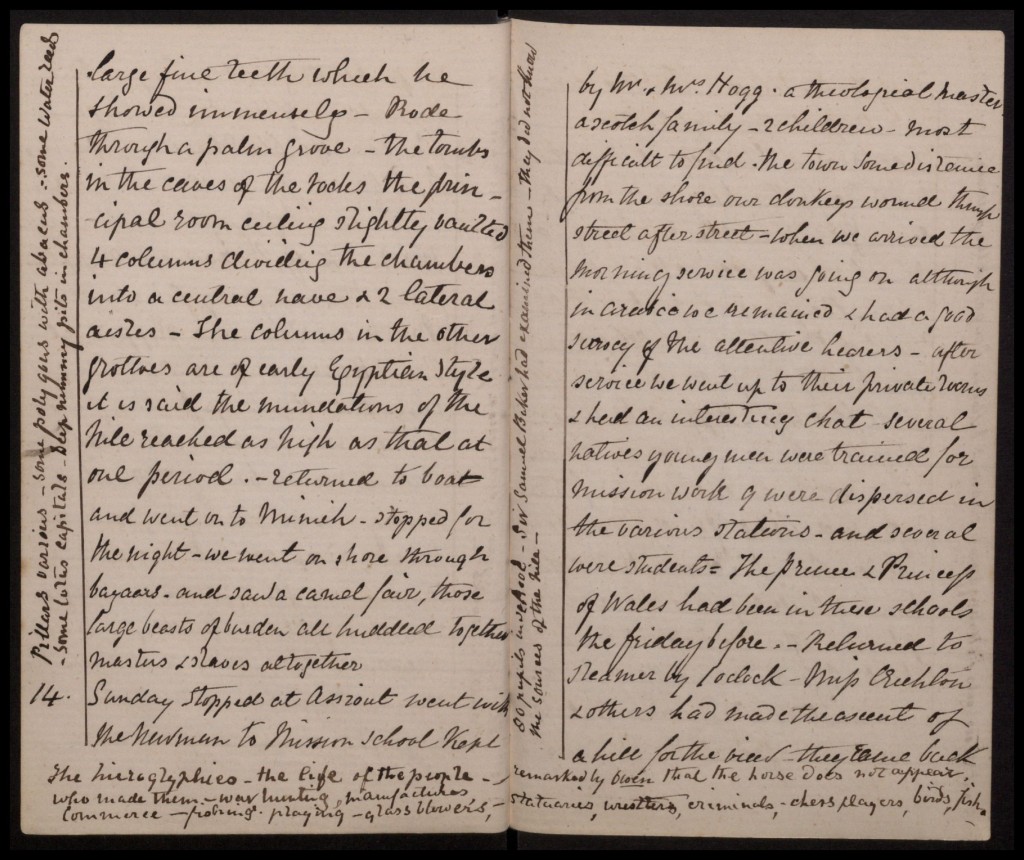 In January 1869, exactly 150 years ago, Miss Riggs joined Thomas Cook’s very first tour to Egypt and the Holy Land. Travelling overland, the journey would take three months, there and back. Miss Riggs kept a diary of her adventure and I am going to be posting from it over the coming weeks. This is day twenty-one.

Sunday, 14 February
Stopped at Assiout; went with the Newmans to Mission School kept by Mr. and Mrs. Hogg, a theological master – a Scotch family – 2 children. Most difficult to find the town, some distance from the shore; our donkeys wound through street after street. When we arrived the morning service was going on – although in Arabic we remained and had a good survey of the attentive hearers. After service we went up to their private rooms and had an interesting chat. The Prince and Princess had been in these schools the Friday before. Returned to steamer by 1 o’clock. Miss Crichton and others had made the ascent of a hill for the view – they came back very hot and tired. In the evening we stopped the night at Nachara. 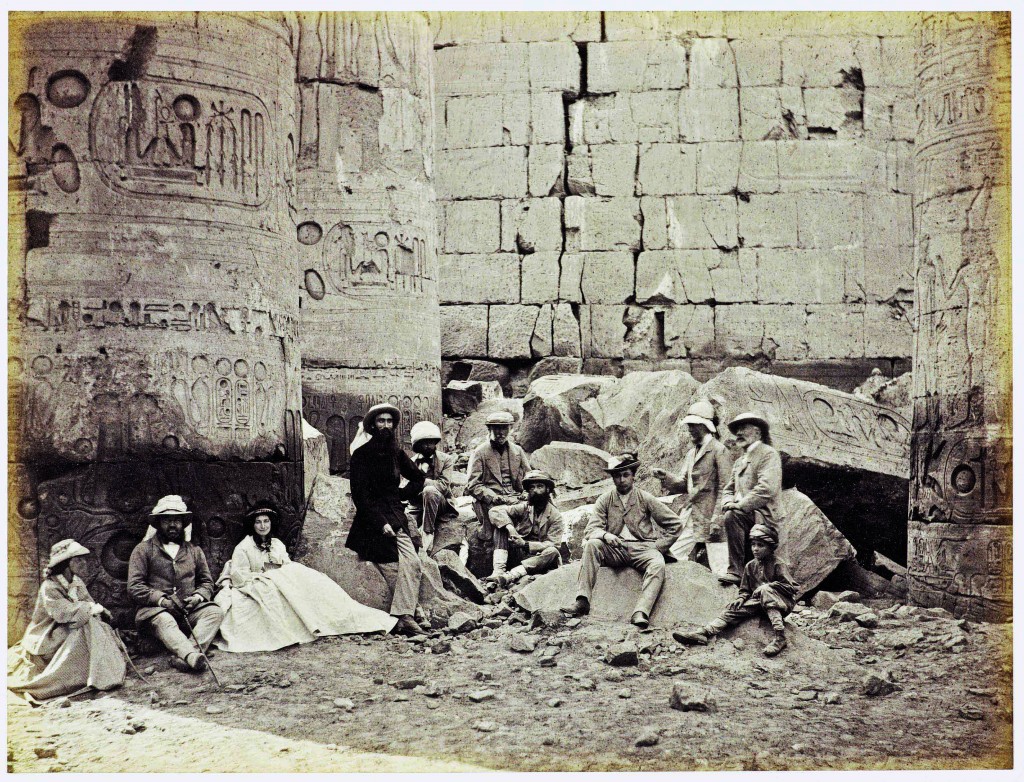 The Prince of Wales and party in Egypt in February 1869

I skipped day twenty, Saturday 13th, a day on which Miss Riggs and companions visited the cave-tombs of Beni Hassan. What’s interesting on this day, the 14th, is not Miss Riggs determination to visit every missionary school on the Nile, but the mention of the ‘Prince and Princess’. The prince was Albert, Prince of Wales, eldest son of Queen Victoria and heir apparent to the British throne. He was in Egypt on a second honeymoon with his wife Alexandra – also expediently making himself absent from England at a time when his name was being linked to a high-profile adultery scandal. The royals had departed Cairo four days ahead of Miss Riggs’s party in a fleet of five blue and gold steamers, plus tender, and a towed dahabiya that served as the royal couple’s private sleeping quarters. Each steamer was decorated with scenes depicting incidents from the life of Antony and Cleopatra, and each towed a barge of ‘necessities and luxuries’, which between them included 3,000 bottles of champagne and 4,000 of claret, not to mention sherry, ale and liqueurs of all sorts. They had horses, a white donkey and four French chefs, plus a “stuffer” to deal with all the animals the prince was going to shoot.